Man in burst condom battle may have used smaller size 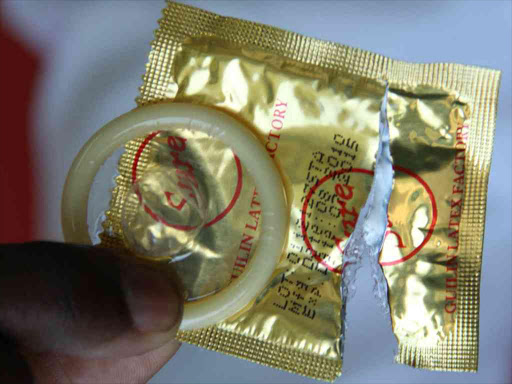 How often do men check the size of the condoms they buy?

Well, when a man, only identified as WNO in court papers, bought a packet of condoms, what he considered was the brand, only for it to fail him.

He sued Beta Healthcare and the Kenya Bureau of Standards for a ‘fake’ Zoom condom, which he said burst during intercourse.

However, in response, Beta Healthcare says condoms come in different sizes and every man, depending on how much endowed or less endowed he is, ought to use the correct size.

And in this case the man did not produce any evidence to show he asked for right size. The company says their customer might not have put on the right size.

“I am aware if one puts on a condom that does not match his size, there is a high chance of rupturing. If at all the petitioner wore a Zoom condom, which he has to prove, it is possible it was not the right size. That is perhaps the reason it ruptured, an allegation he still has to prove,” Chirag Patel, an employee of Beta Healthcare, said.

As a result the complainant ended up infecting his wife, who has since left him, with a sexually transmitted infection.

“That I was fully aware of the dangers of having unprotected sex and decided to use my favourite brand, being the Zoom scented chocolate-flavoured studded condoms, which I believed would please the woman and protect me fully,” he said in his affidavit.

The company wants the case dismissed as “it is a waste of judicial time”. “Whereas on the one hand the petitioner has recorded he is a married man, on the other, he admits to be an infidel, unfaithful, untrustworthy, and a perpetual cheat who would stop at nothing but cheat on his wife for the sole purpose of quenching his savage sexual thirst,” Beta said.

They said the court should not entertain the allegations because if he can cheat on his wife, it is possible he lied in the petition for a malicious intention.

The case will be heard on April 3.

Post a comment
WATCH: The latest videos from the Star
by By JILLO KADIDA @jkadida
News
29 November 2018 - 00:30
Read The E-Paper