KCSE results will be released before Christmas, says Amina 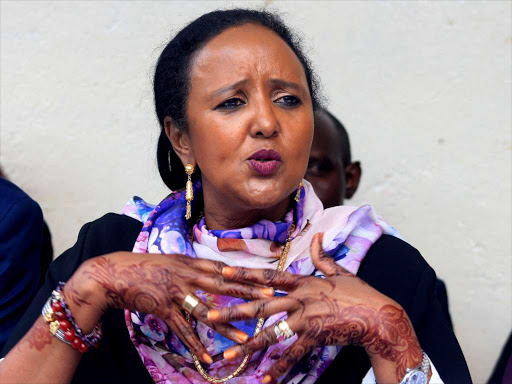 Speaking at Nairobi School, the CS said the exam was over and that teachers were retreating for marking.

“This signals successful completion of KCSE exam. We promise to work very hard to ensure we deliver the results before Christmas,” Amina said.

She was with Knec chairman George Magoha. Amina said the exam was credible, thanks to robust monitoring.

“We have already started receiving numerous requests for bench marking from other countries from the continent,” she said.

Amina said more than 98 per cent of contracted professionals and teachers who oversaw the exam displayed unparalleled commitment to high integrity.

She said the test was smoothly undertaken in the 22 schools put under high surveillance due to previous records of cheating.

“Minimal malpractices were detected in two of the centres but that did not compromise on the quality of the exam,” Amina said.

Ten officials managing exam centres were releaved for allowing transportation of exam materials in private vehicles contrary to regulations. The ministry had ordered that only government vehicles be used.

Some centre managers were replaced for allowing unathorised persons access into the compounds.

The CS said more than 110 people, including candidates who attempted to cheat, were arrested. Ten board of management teachers were also arrested over cheating attempts.

They have been charged. “One hundred and one cell phones where confiscated from teachers, candidates and staff. The gadgets are with investigating agencies,” Amina said.

She said the phones might have been used to relay information into exam rooms.

Four students were deregistered for impersonation. She asked the Judiciary to expedite exam cheating cases. “We hope that suspects will face the full force of the law in a manner that will send a warning to criminal minds that their days are numbered,” Amina said.

Post a comment
WATCH: The latest videos from the Star
by By MAGDALINE SAYA @SayaMadge
News
29 November 2018 - 00:30
Read The E-Paper