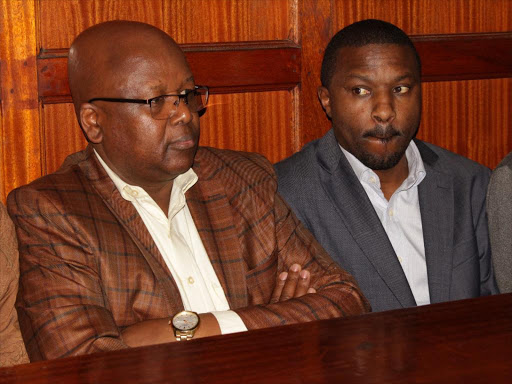 Chief Magistrate Francis Andayi on Wednesday ruled that there are no compelling reasons to deny them bail. He directed Mwangi and Kurgat to deposit their passport.

The two were charged on Monday with conspiracy to defeat justice and disobedience of a lawful order in relation to investigations into the loss of Sh2 billion at NHIF.

The court on Tuesday rejected their bid to block their prosecution over alleged misappropriation of the funds.

The NHIF bosses, who were suspended on Wednesday, have been further directed to cooperate with investigating officers in any other investigations.

They were arrested on Friday for refusing to handover documents to the police.

In a statement, NHIF board chairperson Hannah Muriithi said the two have been replaced in the interim by Nicodemus Odongo and Bernard Njenga respectively.