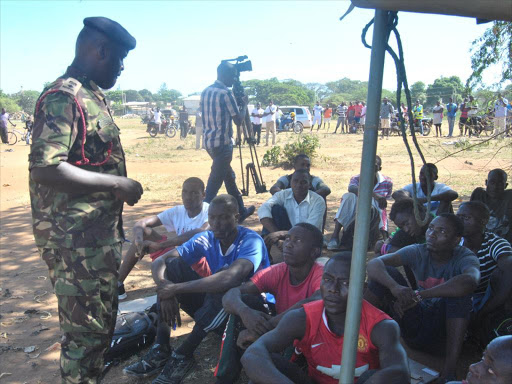 A Kenya Defence Forces recruit died in Malindi during the ongoing countrywide recruitment.

The aspirant was running with other recruits when he collapsed.

Malindi Tawfiq Hospital where he was pronounced dead.

“We started the exercise at 8am, unfortunately, we had one incident, one potential recruit was not able to do exercise

He said the turn out was the biggest with more than 400 youths.

This year, the region had no positions for women and those

who turned up were disappointed and had to return home after their expectations to join the KDF hit a dead end.

Nzioka urged youths aspiring to join the military to do proper medical checkups in future to avoid such incidents.

“I would like to tell Malindi people, especially those who didn’t get a chance, to try again in future,” he said.