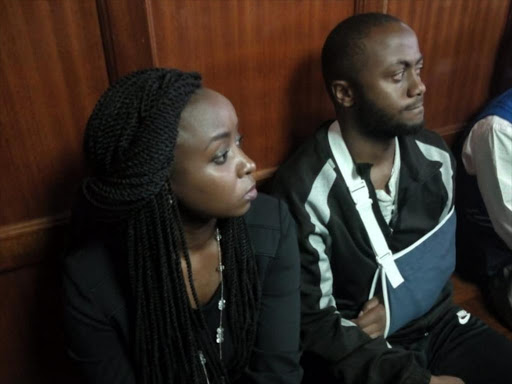 Murder suspect Joseph Irungu aka Jowie has withdrawn an application seeking to disqualify judge James Wakiaga from his case.

His decision to withdraw the application was made before judge Wakiaga who accepted it.

Irungu, together with his TV journalist fiance Jacque Maribe, are accused of killing businesswoman Monica Kimani on September 19.

He had initially said Wakiaga shouldn't hear his case because he has shown open bias and already assumed him guilty before evidence is tendered.

He took issue with a statement of the judge made during the bail ruling on October 30 referring to him as 'male version of slay queen' and a 'woman eater'.

The remarks by the judge, he had said, injured his dignity and showed bias.

However, on Tuesday, Irungu said he made that decision to seek disqualification in a rush and asked the court to allow him to abandon same.

Meanwhile, the prosecution informed the court that it will hand over Maribe's house in the afternoon even as it holds onto her phone which will be an exhibit in the case.

Maribe had sought contempt orders against the DCI and DPP for holding on to her house, car, and for failing to serve her with witness statements.

The hearing is ongoing.