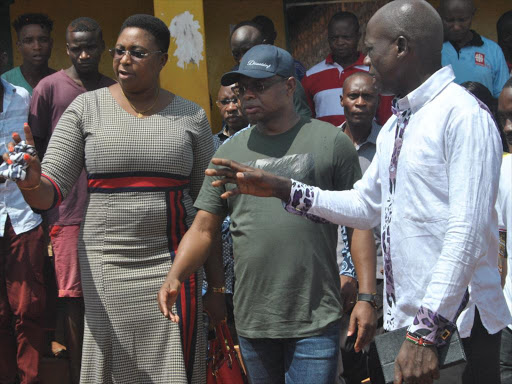 Kilifi County leaders have accused the National government of failing to provide adequate security to Chakama residents and other remote villages which prompted the gunmen to attack the area on Tuesday night and kidnap Italian aid worker Silvia Romano.

They demanded police stations be set up immediately and vehicles are dispatched in Chakama and other hotspots so as to prevent such incidents in the future.

The leaders called for Matiangi's impeachment terming him as a ‘Media CS’ who does not even honour summons of members of the National Assembly.

Kingi said the government would not have spent the millions in pursuing attackers had they built a police post in the area and deployed adequate security officers.

The governor said he was ready to provide tents for security personnel if the national government would deploy them so as to have officers on the ground before permanent structures are built.

He demanded an explanation from Langobaya AP boss on why there was a delay in response and how officers failed to pursue the attackers when they saw them across the river.

“This couldn’t have happened had there been a police station, am surprised why locals are told to contribute funds to rent houses for security officers while in other areas they have good housing,’’ he said.

Jumwa on her part said it was shameful for such an incident to happen yet the CS has never been to the ground since Tuesday.

"Matiangi don’t be a Cabinet secretary for Interior in the media, I will support the motion to impeach the interior CS if it is brought to parliament because he is a failure," she said.

MP Kingi said the security problem of Chakama is not new and he has tried to follow up with the CS’s office in vain.

He said as a community, they have provided 30 acres for construction of a police post but nothing has happened as authorities want people to contribute funds for renting houses for the police.

“I would like to ask the president to ensure the CS moves out of his office, surprisingly Matiangi is even undermining the National Assembly, each time he is summoned,’’ he said.

Residents also told the leaders to push for police to be dispatched to the ground quickly as they were afraid of their safety.