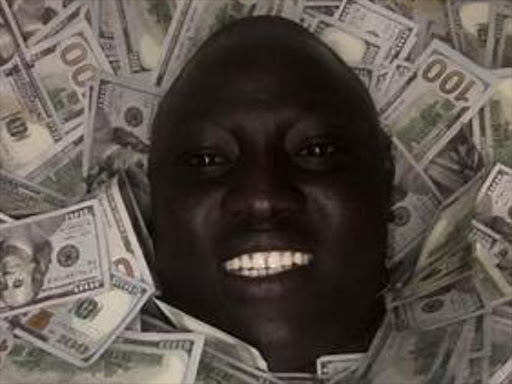 Lual Malong Jnr. His family has reported him missing from his hotel in Uganda. /COURTESY

Police are investigating the disappearance of self-proclaimed billionaire Lual Malong Jnr. Kampala Metropolitan police spokesperson Luke Owoyesigyire on Thursday said Malong Jnr's family reported the matter at Kabalagala police station, saying they have not heard from him since November 14.

During an interview with Citizen TV in October, Malong Jnr denied being related to former South Sudanese General Paul Malong, who was sacked by President Salva Kiir in 2017. Malong Jnr bragged about his expensive Jimmy Choo shoes and Sh10 million watch during the interview at Paul's house.

Malong Jnr's family told police he was picked up from his hotel room in Kabalagala "by people in military uniform who were driving in two vehicles".

Last year, a Malong Jnr was seen 'swimming' in money in a video circulated online.