Study sheds light on scourge of 'fake' news in Africa 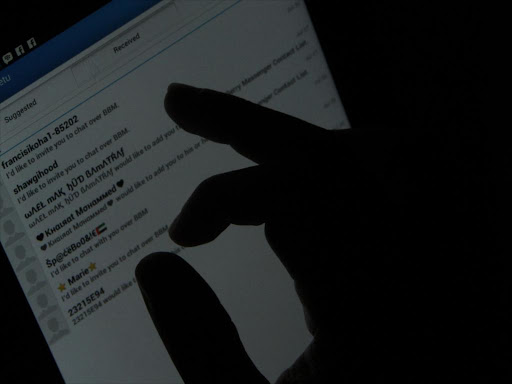 "Concerns about “fake news” have dominated discussions about the relationship between the media and politics in the developed world in recent years."

Concerns about “fake news” have dominated discussions about the relationship between the media and politics in the developed world in recent years. The of attention paid in scholarship and in public debates to questions around truth, veracity and deception can be connected to the in the 2016 US presidential election, and US President Donald Trump’s use of the term to dismiss his critics.

The term “fake news” itself is because .

The panic created by the spread of misinformation in general has led to introspection by journalists and a reassertion of professional values and standards.

The rise of has complex cultural and social reasons. Until now, though, the phenomenon has been studied mostly as it happens in the US and Europe, with relatively to the situation in African countries.

This is despite the fact that disinformation on the continent has often taken the form of inciting violence or has spread racist, misogynous, xenophobic messages, often on mobile phone platforms such as .

To fill the gap in information about “fake news” in sub-Saharan Africa, we conducted an online survey in Kenya, Nigeria and South Africa earlier this year. had three goals: to measure the prevalence of disinformation, to learn who people believe is responsible for stopping fake news, and to understand the relationship between disinformation and media trust.

Our survey, in which 755 people took part, reused questions from on the topic conducted in 2016 by the US-based Pew Research Centre. In this way we are able to compare our results with those in the US.

Our findings suggest that African audiences have low levels of trust in the media, experience a high degree of exposure to misinformation, and contribute – often knowingly – to its spread.

There are five takeaways from our study.

First, media consumers in Kenya, Nigeria and South Africa perceive that they are exposed to “fake news” about politics on a fairly regular basis. Almost half of Kenyan respondents said they often encounter news stories about politics that they think are completely made up. More alarmingly, only a small fraction (ranging from 1 to 3%) say they have never come across fabricated news. In the US, that figure is much higher (12%).

Second, surveyed Africans said they shared “fake news” with a much higher frequency than Americans do: 38% Kenyans, 28% Nigerians and 35% South Africans acknowledged having shared stories which turned out to be made up. In the US only 16% did so. When asked whether they had shared stories that they knew were made up, one-in-five South Africans and one-in-four Kenyans and Nigerians said “yes”.

Third, the public is seen as bearing the largest responsibility in stopping the spread of misinformation. More than two-thirds of respondents in all three countries said members of the public have a lot or a great deal of responsibility. Next came social media companies and, in last place, the government.

Fourth, we found that Nigeria has the lowest level of overall trust in the media of the three countries. On a scale from 0 to 100, average values were consistently below 50.

Declining levels of media trust are not exclusive to sub-Saharan Africa, but are .

By type of news organisation, Nigerian and Kenyan audiences said they trust international media more than any other. In South Africa, local media are the most trusted. A consistent pattern across countries is the lowest degree of trust in social media.

Fifth, we found that those respondents who believe they are exposed to “fake news” more regularly, have lower levels of trust in the media. Because misinformation and disinformation appear to be contributing to the erosion of media trust, it is important that strategies to address the fake news phenomenon look beyond media literacy.

Educating audiences about the dangers of fake news is not enough. Media literacy should form part of a larger, multi-pronged approach to restore trust in the media. The findings suggest that media organisations would have to work hard at rebuilding relationships with audiences.

Our data comes with some limitations. While we tried to sample different segments of society, because data was collected online, it is more likely to represent the point of view of urban middle classes, than those living in rural areas or with lower income levels – or both.

The results of this study, which is the first to explore misinformation and disinformation in multiple African countries, provide some initial evidence that can be used in designing strategies to limit the spread of fake news, and to mitigate the declining trust in the media.

In sub-Saharan Africa, mainstream media have long struggled to gain their independence and freedom. State control, either through ownership or suppression, over media remains strong. The high levels of perceived exposure to misinformation and disinformation, if left unaddressed, could further undermine the precarious foothold of independent media on the continent.

​, Professor of Media Studies and Director of the Centre for Film and Media Studies, and , Assistant Professor in Journalism at the Jack J. Valenti School of Communication,