State did its best to stop cheating, says head teacher 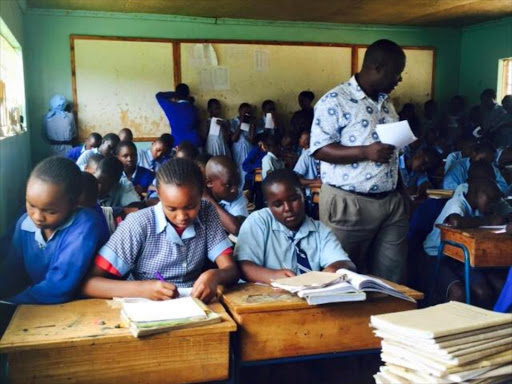 Peter King’ori of Fairlawns Primary School said he supports the entire examination process because the government “did its best to curb cheating”. “It was okay with me. From the rehearsal day, to day one of the examination, to the supervisors and invigilators and security,” he said.

King’ori said the school provided a conducive environment for candidates and none felt frightened by the police officers securing the exercise.

“Nowadays, the issue of cheating has been curbed and whatever the candidate receives belongs to him or her. Security officers are also friendly. They interact freely with candidates unlike in the past when pupils got scared and ran away,” he said.

King’ori said curbing exam cheating starts with the containers used to keep the papers, examination officials and the school.

The head teacher said marking English composition and Kiswahili insha required more time and expressed optimism that the best teachers were selected for the process.

King’ori praised the improvement in the time spent to release the results compared to last year. In 2017, the KCPE exam results were released on November 21. “The time is improving each year. The systems are running well and I congratulate the entire team behind this examination process,” he said.

King’ori, however, said there is need to increase the number of examination containers across the subcounty headquarters to save examination centre managers time in waking up very early to the designated points for papers. “Some managers woke up as early as 4am to make it to the container. The containers should be distributed nearer to the centres so managers will not wake up very early,” he said.