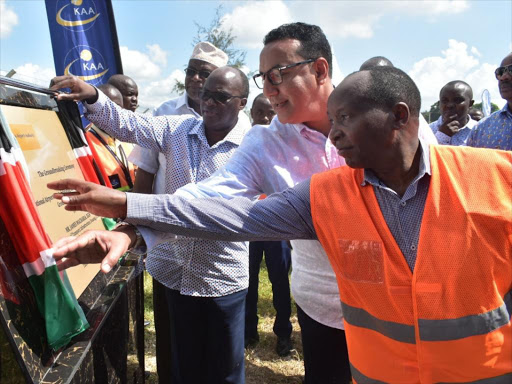 Speaking during the groundbreaking ceremony for the rehabilitation of Airside Pavements and Airfield Ground Lighting System at the airport, Macharia said the project is expected to take 24 months to be completed.

He said the last time the airport underwent major rehabilitation was in 1994.

He said Moi International Airport in Mombasa caters for 80 per cent of all the international tourists coming to Kenya, but it has not been put to its optimal use.

He said the government, private sector and other aviation stakeholders should support the airport to ensure more planes land in Mombasa.

“Currently, we have 15 charter flights coming to Mombasa every week, up from nine last that we were receiving last year. But the airport cannot rely on charter business alone, we need more international scheduled airlines,” said Balala.

Qatar Airways is expected to start direct flights to Mombasa on December 9.

Currently, Ethiopia Airline, Rwanda Air and Turkish Airline are the only ones operating to Mombasa.

"This included the study on the state of the runway, business case, source of funding and finally scope of works. In 2017, we completed the process and were able to secure USD65milion, which is 93 per cent of the funding from AFD - Agence Française de Développement. Kenya Airports Authority will cover the balance of $5 million," he said.

The World Bank will also fund the consultants at the cost of $900,000.