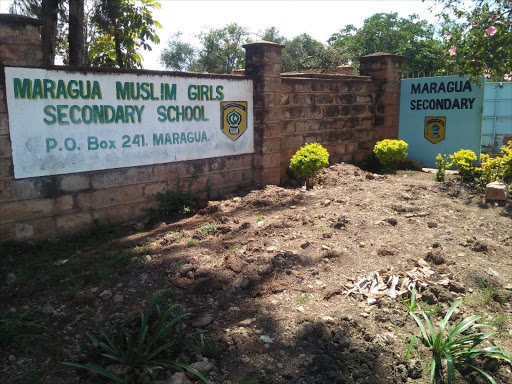 Police in Murang’a have arrested five students found with mobile phones during the KCSE examination.

The students from Maragua Muslim Girls Secondary school were sitting the physics paper on Monday.

He said police officers in the exam room noticed suspicious behaviour among the students and decided to search them.

“We received information that four mobile phones were found in the school and detectives moved in to arrest the girls. Later on, the class prefect was also found with another mobile phone,” Elungata said.

He said the students, who were wearing hijabs, were able to get the mobile phones into the exam room without being detected.

The police are also pursuing leads suggesting there are 22 other mobile phones within the school compound.

The five students have recorded statements at Maragua police station.

The commissioner said mobile phones may have been sneaked into the school compound by members of the school management as it is a boarding facility.

“When such incidences happen, the supervisor, the invigilator and whoever else was there must have been culpable,” he said.

“We will not let it rest. We must get to the bottom of it so that those attempting to deceive the public and candidates that they have access to the exams can face the law."