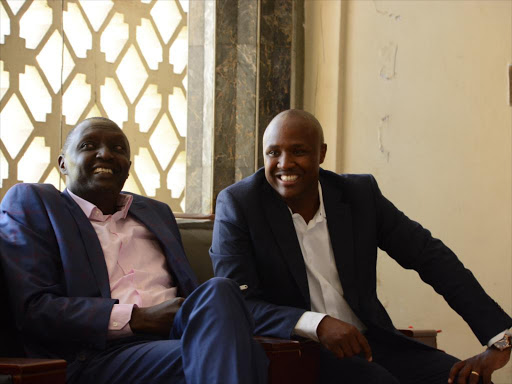 The National Cereals and Produce Board and Ministry of Agriculture provided a list of businesspersons who sold maize and farmers who were claiming abnormal payment.

We did not see the name of the Deputy President on that list, unless they have fresh evidence.

If they want their 2022 presidential candidate to succeed, I advise them to use objective leadership but not that which is engineered by a certain family. The route that Keter and his colleagues are pursuing is not helpful to Kenyans.

Politics of dynasties will not help them because they are just being wasted. We know very well that they are being given a lot of money to make such statements against Ruto.

Kenyans know very well that Keter does not do anything for free. He lacks moral uprightness and we will soon unmask his behaviours.

This agenda is being pushed by money and we don’t take his statements with any seriousness. With his ugly background, Keter does not even have the standing to condemn anybody.

If they want us to go towards that direction, then we will put in public the evils they have been doing.

Cherangany MP Joshua Kuttuny has lately been working for Moi’s camp where they are pushing dynasty politics.

When you are in a vantage position like the one being held by Ruto right now, all arsenals will be leveled against you mercilessly.

The more these leaders aim arsenals against the DP, the more his supporters feel that he is heading in the right direction. As a politician, it is normal to have enemies.

If indeed Ruto bought that land long time ago as they allege, why are they raising the issue now?

When Uhuru Kenyatta was about to clinch the presidency, lots of bad things were said against him. Now that the President is out of 2022 politics, they have trained their guns on Ruto. He is the heir apparent.