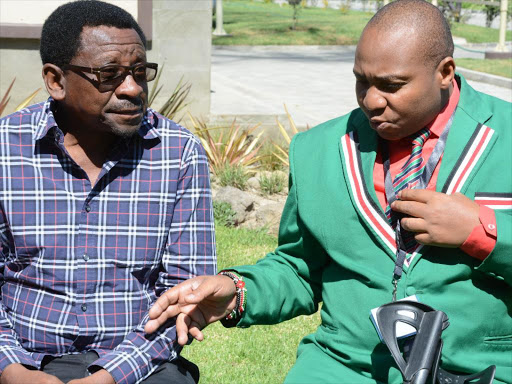 Senators have expressed confidence that the delayed Gender Bill will pass the second reading next week, despite opposition by some MPs.

Jubilee and Nasa plan to whip their members to support the Bill that seeks to increase the number of nominated women. Senators and members of the National Assembly converged at Lake Naivasha Resort for a two-day meeting on advancing gender equality. It was organised by the Inter-Parliamentary Union.

Senate Majority whip Susan Kihika on Friday said they were determined to make sure both houses vote the bill this time round. She said they had held meetings with legislators on different occasions on the need to have the bill adopted so women can benefit.

“We’re behind in terms of women representation compared to Rwanda and Ethiopia. We have to make strides that will ensure we are at par with them or ahead,” she said.

The Nakuru senator said they will mobilise the requisite numbers once the bill comes up for reading next week.

Senate Minority leader James Orengo said they will hold a parliamentary group meeting next week ahead of the reading of the bill to ensure it sails through. He dismissed claims the additional numbers of women in Parliament will increase the wage bill.

“Studies have shown that what Parliament spends is little compared to other institutions like the Presidency and other constitutional bodies. We must wake up to the reality that women need their space in representation,” the Siaya senator said.

Nominated MP David Sankok said, however, that he and like-minded lawmakers will oppose it. He said the National Gender and Equality Commission and the drafters of the bill should go back to the drawing board and allow women to seek elective seats, instead of waiting to be nominated.

“This country is overrepresented. We need women seats distributed electively, factoring in the disabled, the youth and those in rural areas,” he said.