Tonnes of unsafe maize stored in CFS for a year 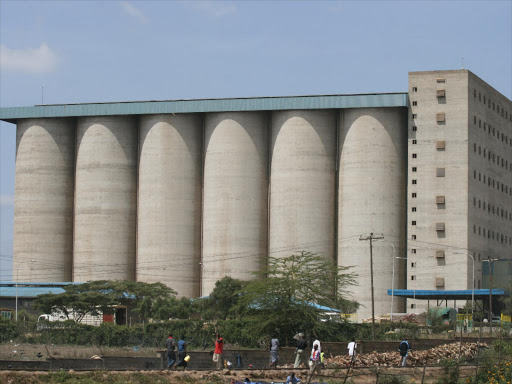 Some 201 containers with maize declared unfit for human are lying at a container freight station in Mombasa.

Directorate of Criminal Investigation officers from Nairobi yesterday visited Consolebase Ltd (FKF), which has been storing the maize for more than a year.

Each container has 300 to 400, 90kg bags of maize. A source close to the matter said the Kenya Bureau of Standards had issued a forfeiture and sent its report to the Agriculture ministry for further action.

“Instructions were that the goods should not be released to the market or destroyed until an order is issued,” the source said.

The directive, the Star has learnt, was to be sanctioned by the Agriculture Cabinet Secretary. The consignment was imported by Mahindra and Mahindra South Africa Ply Ltd.

He ordered the maize to be reshipped to the country of origin within 39 days. “Failure to which the same shall be destroyed at your cost,” Saleri said.

In July 2,856 bags of contaminated maize were found in the National Cereals and Produce Board depot in Marsabit county. The board denied owning the maize.

Public Health department officials took samples and found the level of aflatoxin was eight times higher than the recommended limit and it also had weevils.

The Kenya Agricultural and Livestock Research Organisation defines aflatoxin as a carcinogenic fungal toxin that has serious negative consequences on health, trade and food security.

Over the years, the country has experienced multiple aflatoxicosis outbreaks, which often result in fatalities. Kenya was mapped as an aflatoxin hotspot. Aflatoxin is a leading cause of liver cancer.

Findings of a study released in June by ILRI showed a large amount of milk and grains consumed has aflatoxin levels exceeding internationally accepted limits.