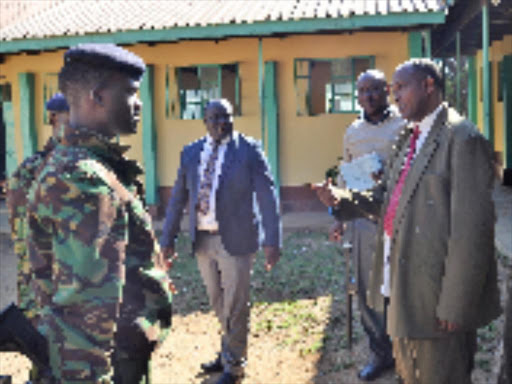 The number of pregnant KCSE candidates in Kitui is alarming, county director of education

72 girls are expectant and another

38 gave birth on the eve of the exam and on Monday.

“We are talking of more than 100 school girls. The number is soo high and shocking. It is sad that it could be the highest in the country,” the county director said.

Speaking to the Star on phone, Salesa said special arrangements had been made for those who had given birth to sit their examination in hospitals.

“You can image it has just come out during the exam time. No parent had reported his or her girl was pregnant,” he said.

Two of the students are from Vinda and Ungatu Mixed secondary schools.

the exams at Kitui referral hospital after giving birth on Monday.

Another candidate from St.Antony Makiliva secondary in Mbiuni, Mwala sat her papers at Mwala Level 4 hospital after safe delivery at the facility.

At the same time, Adano said a KCSE candidate from Mutendea secondary school was on Monday arrested after being found with two roles of bhang.

The Kitui County police commander Antony Kamitu, however, said the boy was released to allow him time to finish writing the examination.