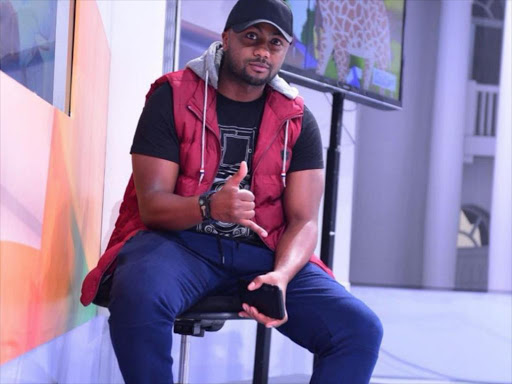 The High Court has described Joseph 'Jowie' Irungu as

a male version of a "slay

queen and a woman eater."

Justice James Wakiaga while denying Irungu bail also said he is a flight risk who is likely to abscond the jurisdiction of the court.

Irungu is charged alongside

for the murder of

Monicah Kimani at her apartment in Kilimani.

"The picture that emerges from the prosecution's evidence as set out herein above, and that the bail report of the accused, is that he is a male version of slay queen. Which for lack of better terminology, I will call a woman-eater," Justice James Wakiaga said.

Maribe has been released on a Sh1 million cash bail and

an alternative of a Sh2 million bond or three sureties of a similar amount.

lack of permanent residence for Irungu and lack of occupation also played a role in the decision to deny him bail.

his well documentated love for guns and the fact that he can have access to one was highlighted.

The court said Jowie, being a person with specialised security training, and

handled various guns, he would pause a risk by creating fear and intimidating witnesses.

He said Jowie had also self inflicted wound

while attempting to commit suicide and that was an indication that his life is in danger and needed protective custody under proper police supervision.

"This court therefore orders that the first accused person remains in custody for the period of his trial and must be accorded proper treatment," Justice Wakiaga said.