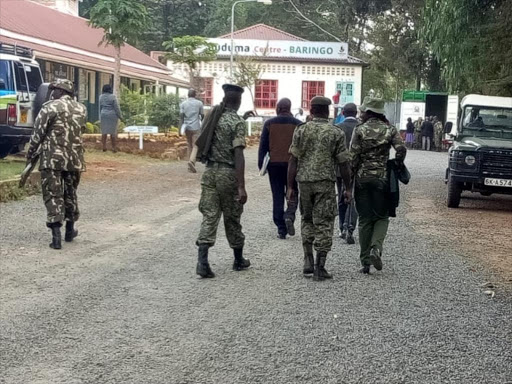 The candidates at Barketiew and

Chemoe primary were writing their composition paper around 2 pm when the attack happened.

"The children were in class doing their exams when the bandits fired in the air. They drove away

The students were, however, able to proceed with the exam.
A combined team of security officers pursued them and recovered the stolen cows.
While flagging off the exams on Tuesday in Kabarnet town, Irrigation Principal Secretary Fred Segor assured the candidates of maximum security.
"Security has been heightened in the 603 centres where the 16,905 KCPE candidates are set to sit their exams," he said.
by JOSEPH KANGOGO
News
30 October 2018 - 18:00