Savula arrested over graft after rooting for execution of suspects 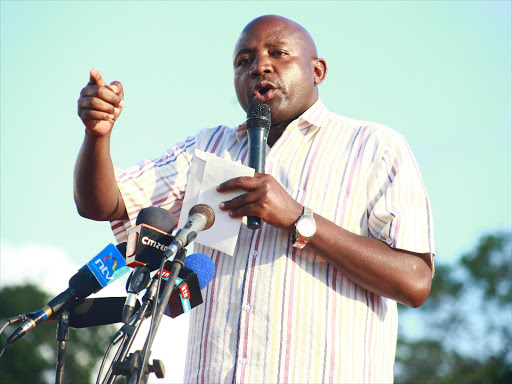 words have come back to haunt him.

The MP is currently in police custody

in connection to the loss of Sh2.5 billion at the Government Advertising Agency (GAA).

He was arrested on Friday evening and is currently being held at the DCI headquarters in Nairobi.

Savula had in May proposed that suspects in Sh 1 billion and above graft cases be publicly executed.

"Someone who steals Sh1 billion is equivalent to a murderer. How many people would die in hospitals for lack of medicine as a result of the theft?"

Savula said at the time.

The legislator said there were many “big thieves” living in their homes while petty thieves rot in the jails.

EACC should be given prosecutorial powers.

with his two wives allegedly received more than Sh122 million meant for the payment of advertising to media houses.

DPP Nordin Haji has also recommended for the arrests of former ICT PS Sammy Ishiundu, GAA Director Dennis Chebitwey and more than 20 other individuals in connection to the fraudulent payments.

Article 26 (1) says every person has the right to life. Article 26 ( 3 ) says that a person shall not be deprived of life intentionally, except to the extent authorised by the Constitution or any other law.