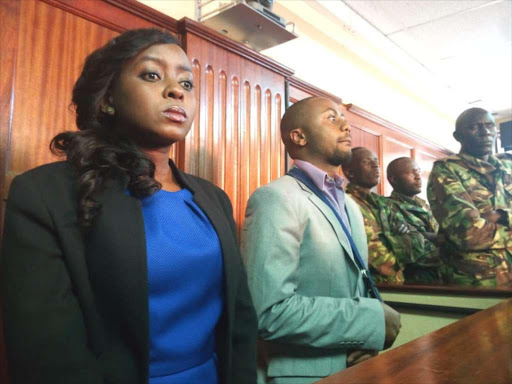 The prosecution asked to amend the charge sheet.

Justice James Wakiaga allowed their application. The two have denied killing businesswoman Monica Kimani on September 19 at her

to go through the pre-bail report for the two accused persons filed in court by the probation officer.

The court has, however, declined to enjoin a lobby group, "Empowering Africa Through Media" in the matter, saying they have not disclosed their interest in the case.

"If you wish to participate in the matter, come up with a proper application. For now, the affidavit filed in court is expunged," the judge said.