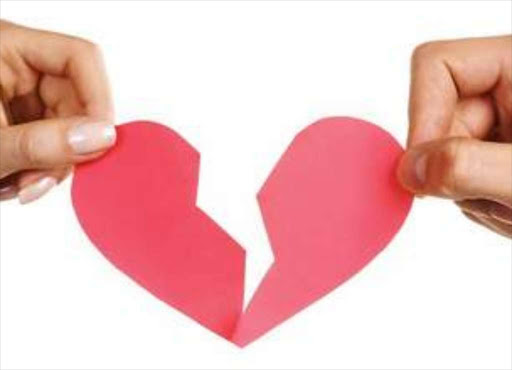 New research shows losing a loved one can cause life-threatening inflammation. /FILE

The grief of losing a loved one can cause life-threatening inflammation, new research shows.

Researchers at Rice University interviewed 99 people who had lost a spouse in the last two weeks, and took blood samples.

Those who were struggling to move on, depressed, and pining for their lost loved one had significantly higher levels of bodily inflammation than those who were not.

Compared to the most composed, grieving people had 53.4 per cent more inflammation in their bodies.

Lead author Chris Fagundes, an assistant professor of psychological sciences, said this is the first to show that certain symptoms of grief can drive up mortality risk.

'We also know that depression is linked to higher levels of inflammation, and those who lose a spouse are at considerably higher risk of major depression, heart attack, stroke and premature mortality.

'However, this is the first study to confirm that grief — regardless of people's levels of depressive symptoms — can promote inflammation, which in turn can cause negative health outcomes.'

This is Fagundes' second study in the past year, part of a broader attempt to understand how grief impacts our physiological health.

His first study, published in May, showed widows had a higher risk of cardiovascular disease and premature death.

But this study zooms in closer, to look at how grief manifests itself, and whether that could put some widows and widowers at greater risk for early death than others.

'This work shows who, among those who are bereaved, are at highest risk,' Fagundes said.

'Now that we know these two key findings, we can design interventions to target this risk factor in those who are most at risk through behavioral or pharmacological approaches.'

His work is part of a growing body of research in this field.

One team at the University of Glasgow followed 4,000 couples and found spouses were about a third more likely to die within six months of their partner.

Another Israeli group found the risk soared 50 per cent.

People experiencing 'broken heart syndrome' can have sudden chest pains and other symptoms that could be caused by the heart's reaction to a surge of stress hormones.

According to the American Heart Association, 'broken heart syndrome' can cause severe, short-term heart muscle failure and can be fatal.