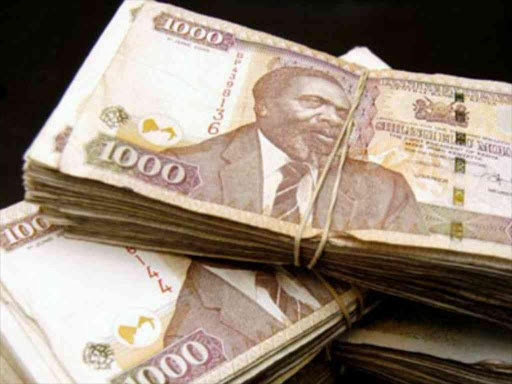 A photo of Kenyan currency /

You could become an overnight millionaire by exposing corruption if a proposed bill is enacted into law.

The draft bill championed by the Attorney General’s office proposes that whistleblowers be entitled to 10 percent of money or assets recovered from the stolen loot.

This means that the whistleblower of the Sh791 million NYS scandal could walk home with a cool Sh79 million if the suspects are convicted and the money recovered.

Kirinyaga governor Anne Waiguru controversially claimed that she was the whistleblower in the scandal that prematurely ended her tenure as Devolution and Planning Cabinet Secretary.

Just this year alone, investigations have busted multi-billion scandals in various government agencies including Kenya Power, Kenya Bureau of Standards and the Ministry of Sports. Some were broken by the media.

According to the proposed law, a Whistleblower Reward Fund financed mainly by the exchequer and donors would be established. It’s from this fund that whistleblowers would be paid.

“A whistle-blower who makes a disclosure which leads to the arrest and conviction of an accused person shall be rewarded with money from the Fund,” reads part of the Bill.

In the event the anti-graft agencies recover an asset, the whistleblower would be entitled to 10 percent reward of its value.

The draft Bill is under scrutiny by various stakeholders including the Attorney General and the Director of Public Prosecutions offices, civil society groups and Parliament.

The Star is aware that the Cabinet deliberated on the Bill in January this year prior to the tour by UN’s Crime Prevention and Criminal Justice officer Louise Portas to show the state's commitment to fighting graft.

The reward plan comes amid the sustained campaign against corruption with increased prosecution of suspected offenders. President Uhuru Kenyatta has repeatedly vowed to wipe graft, the latest being during his Mashujaa Day address on Saturday, in which he pledged to streamline and empower the EACC to combat corruption.

Senior Deputy Solicitor-General Muthoni Kimani told the Star on phone yesterday that the AG’s office is waiting for recommendations from ongoing stakeholder deliberations on the Bill for consideration.

“This Bill has been under discussion for a very long time and it is one of the efforts to beef up the fight against corruption and economic crimes,” Muthoni said.

The government in 2015 contemplated rewarding whistleblowers with at least 15 per cent of recovered money or penalty.

The proposal was among numerous measures reportedly discussed during US President Barrack Obama's visit in July the same year.

The proposed Bill was initiated by former Attorney Githu Muigai who chaired a taskforce which sought to fill institutional gaps in exposing graft by enlisting public support.

The taskforce report presented to President Uhuru Kenyatta in 2015 indicated that “weak regimes of witness and whistle-blower protection” have been impeding war on graft in the country.

The report contained the recommendation for the country to have a whistleblower law with provisions for handsome financial incentives to citizens who expose graft.

The Githu-led team also recommended that a False Claims Act be put in place to allow private persons to sue for recovery of loss incurred in government contracting and illicit acquisition of wealth through corruption.

National Assembly Majority leader Aden Duale yesterday said the AG’s office is yet to submit the Bill to the House.

“We are waiting for it. The Attorney General should tell us why he has not submitted it to Parliament,” Duale told the Star.

A senior deputy solicitor in the AG’s office said they are waiting for recommendations from the stakeholders for “validation” before forwarding the Bill to Parliament.

They are expected to meet with various government officials to present their views on the Bill but TI executive director Sam Kimeu was sceptical.

"Am ambivalent about it but if it helps to get more convictions and recoveries, then it is welcome," he told the Star.

Muthoni, however, noted that war on corruption in the country will succeed if Kenyans become more patriotic and trusted whistleblowers who are not money-minded.

“It is not that whistleblowers are not protected but the problem with Kenyans is that they are greedy. Someone has information but wants to be paid,” she said.

The strategy of rewarding whistleblowers has been used in some countries, including Nigeria.

In 2017 Nigeria passed a law for whistleblowers to receive between 2.5 per cent and five percent of money or property recovered by anti-graft agencies.

Some countries have placed the whistleblower reward between 15-25 per cent of the recovered amount or penalty imposed on suspects of proceeds of crime.

The Bill grants whistleblowers immunity from civil or criminal liability for disclosing confidential information in addition to being protected from reprisal.

“No employer, person acting on behalf of an employer, or any other person may discharge, demote, suspend, transfer, threaten or harass, directly or indirectly, or in any other manner act adversely against, a person in the terms and conditions of employment because the person provided information in accordance with this Act,” the Bill reads.

Employers or anyone punishing whistleblowers will be guilty of an offence punishable by a fine of Sh10 million or jail term not exceeding 14 years or both upon conviction.

The whistler-blower would be required to report to the Whistleblower Commission or designated institutions including the presidency, parliament, judiciary, security officers, clergy, lobby groups and public officers about “improper conduct” amounting to various malpractices.

The malpractices include gross misuse of public resources, criminal offences, bribery and other economic crimes.

Persons or institutions that receive the whistleblower's report but have no powers to investigate will be required to report to the commission or any investigating state agency. They may also not “sell out” the information.

“Any person to whom a disclosure is made and fails to keep the disclosure confidential commits an offence and is liable on conviction to a fine not exceeding Sh10 million or to imprisonment for a term not exceeding 14 years or both,” the Bills reads.

However, the whistleblower's protection would be revoked by the commission in writing if found to have been disgruntled after participating in the malpractice, gives false or frivolous information.

The Bill comes at a time the Ethics and Anti-Corruption Commission has intensified the fight against corruption through various initiatives such as courses at its national training centre to equip the public with integrity skills at a fee.

Last week the EACC unveiled the approved curriculum for its National Integrity Academy based at the Kenya Leadership and Integrity Forum offices along Ngong Road in Nairobi.

Integrity training for employees in public and private sectors, according to chairman Eliud Wabukala, will boost the war against corruption.

“Much more remains to be done. We, therefore, continue to upscale our weaponry against corruption so as to deliver Kenyans from its resultant effects,” Arch. Wabukala said during the unveiling.

“The core emphasis of the training is to equip participants with competencies in enforcement of anti-corruption laws (investigation, asset tracking and asset recover) corruption prevention, detection and sealing corruption loopholes,” part of the Academy’s core objectives read.

Courses to be offered include induction for anti-corruption and ethics law enforcement, leadership and integrity for executives, integrity officer’s assurance and corruption prevention in supply chain management.

Others are corruption prevention in public sector financial management, and ethics and integrity for education managers. The Technical and Vocational Education and Training Authority has approved the program.