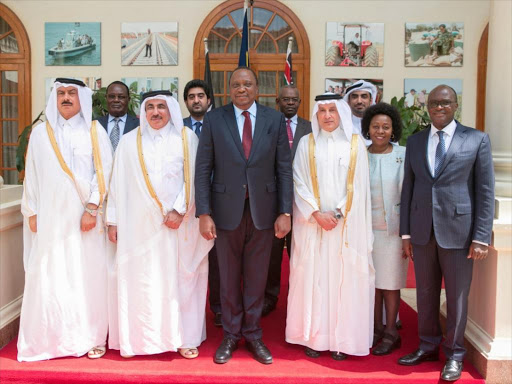 This emerged in President Uhuru Kenyatta's meeting with a delegation of senior Qatar government officials at State House on Monday.

The move has been hailed as a boost to the government's efforts to reposition Mombasa as a key global tourist destination.

Qatar Airways is also working on scheduled direct flights between Italy and Malindi as it seeks to grow its footprints in Kenya.

Besides aviation, housing, maritime and hospitality issues were discussed.

a consortium of Qatari investors is willing to invest in 100,000 affordable housing units.

Affordable housing is one of the pillars in the Jubilee government's Big Four agenda.

Uhuru welcomed the plan for direct flights. The same will be launched barely two months after Kenya would have started .

He said: "We look forward to the maiden flight by Qatar Airways to Mombasa. For us, it is a confirmation of the continued and growing cooperation between our two countries."

The delegation also confirmed their country's participation in the Blue Economy Conference Kenya will co-host with Canada in Nairobi next month.