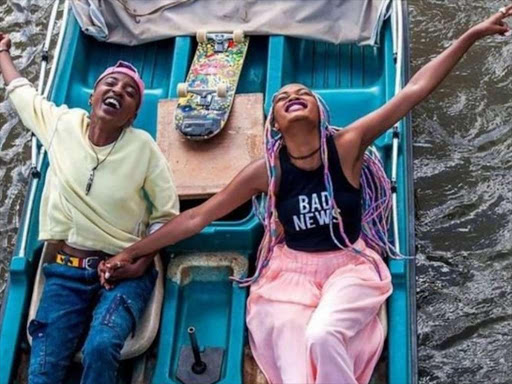 A scene from the film Rafiki. /COURTESY

The seven-day grace period that was

given to 'Rafiki' producer for her to submit the film for next year's Oscar Awards ends tomorrow.

The Kenya Film Classification Board (KFCB)

be viewed in Kenya for seven days.

The judge said the film can be viewed by willing adults only, saying some Kenyan artistes had to flee the country because their creations went against the grain of societal expectations.

Okwany said the director was “hereby allowed to admit the film” to Kenya’s Oscars selection committee.

“Rafiki” - “Friend” in Swahili - premiered at Cannes, the first Kenyan film to be selected by the prestigious festival.

Ezekiel Mutua said on Twitter that the temporary lifting of the ban was specifically done to enable Rafiki have a chance of nomination for the Oscars.

“The lift ends tomorrow after which the ban by KFCB resumes," Mutua said.

He said the distribution of free tickets by unknown people in the streets refutes claims by the producers that the film was popular and that people were clamouring to watch it.

“The hypocrisy by @wanuri and her team is shameful as before the ban, she met with KFCB and agreed to excision of the parts of the film that sought to glorify homosexuality,” Mutua said.