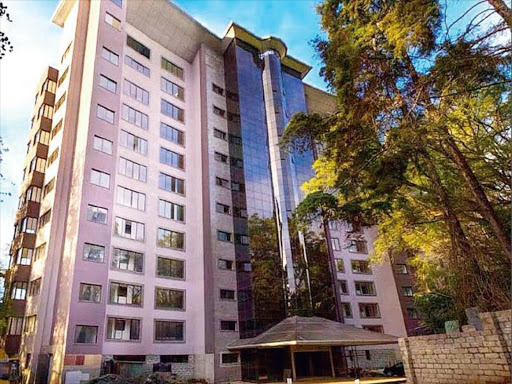 The multi-billion empire of former Nairobi governor Evans Kidero has for the first time been revealed in an intriguing court battle with the anti-graft agency.

Describing himself as a “man of decent means”, Kidero has refuted claims by the Ethics and Anti-Corruption Commission that his net worth is disproportionate to his income.

In the suit challenging EACC's orders to search his properties, Kidero lifts the lid on his confidential investments and gives a blow-by-blow account of how he accumulated his wealth gradually since 1983 when he was employed as a production pharmacist.

Without including any earnings during his five-year tenure as governor, Kidero says between 1985 and 2012, he had earned a cool Sh1.3 billion.

This was from salaries, allowances, pensions, executive allowances, bonuses, rent and stocks.

“He is a classic example of a worker bee,” his lawyer Tom Ojienda describes him in court papers.

Despite being at the helm of many blue chip companies, most of Kidero's money did not come from employment according to his own account.

“My prudence did not end at work. As early as1994 I had learnt the art of saving and investing. I started to make several individuals oversees investments in equity which have continued to grow todate,” Kidero states.

He adds: “As early as1995 I had already started making investments of long-term share options and Executive Share Options with SmithKline Beecham in a bid to grow my wealth.”

In the suit, Kidero is seeking among others a declaration that the EACC search warrant on his properties is illegal and that the agency has no jurisdiction to investigate him over the affairs of Mumias Sugar Company since it is a private firm.

The private status of Mumias Sugar Company has been confirmed by the Attorney General, Kidero argues.

“I was shocked, scared, terrified, humiliated and severely traumatized when on 20 September 2018, at about 4am, my Muthaiga home was raided and literally turned upside down by about 40 mean, vicious gun-wielding officials of the (EACC),” he told the High Court.

Kidero protests that EACC detectives confiscated properties of his wife, Susan Mboya, his late wife Abigael, son Paul and some limited companies the agency had no orders to search.

In a clear demonstration his financial war chest, Kidero says he owns shares in at least eight firms.

He has also bought shares in Family Bank Limited and Radio Africa.

Kidero claims his wealth started trickling in soon after he left the University of Nairobi's School of Pharmacy in 1983.

He gives examples of some ten prime properties that he acquired mostly in the 1990s.

He was first employed as a production pharmacist by PAC Laboratories in December 1984 before moving on to Warner Lambert (East Africa) Ltd in February 1985. In January 1989 he moved to SmithKline & French Laboratories as Field Sales Manager. By June 1990, Kidero says he had become Marketing Director of Glaxo East Africa Limited.

It's in these stations that the former county chief says he first made his millions.

“On 7 October 1991, I was employed by SmithKline Beecham as its Managing Director of East and Central Africa including Kenya, Tanzania, Uganda, Zambia, Malawi and Mozambique in respect of SmithKline Beecham’s Pharmaceutical products distributed and sold throughout the territory and got promoted severally,” he states.

Between 1992 and 2000, Kidero says he earned in excess of Sh65 million as salary, allowances and bonuses from SmithKline Beecham.

He says that in January 1999, he was given additional responsibilities by the same firm to oversee West Africa in Lagos, Nigeria.

But in August 2001, he quit the pharmaceutical sector after he was appointed Managing Director of Nation Media Group until 2003.

During his three-year tenure, Kidero says he earned in excess of Sh72 million.

He quit Nation in October 2003 to become Managing Director of Mumias Sugar Company.

During his 9-year stint at the helm of the sugar miller, Kidero

says he made Sh300 million from from salary, allowances, pensions, executive allowances and bonuses.

He says during his time as MD, Mumias consistently made huge profits and was run down after his departure.

Over the 27 years’ period between 1985 and 2012, Kidero says gratuity from all his income was in excess of Sh125 million. Which means that from his employment alone, Kidero had made Sh578 million.

But this does not include the wealth of his wife, Susan.

Susan is the immediate former President of the Coca-Cola Africa Foundation and the group director of the Eurasia Africa Group (EAG) for women’s economic empowerment at Coca-Cola.

Kidero says his income assessments are the subject of arbitration with the Kenya Revenue Authority and the EACC’s move amounts to double jeopardy as he is being subjected to two different punitive proceedings.

Last month, Kidero and eight other former county officials were dramatically arrested and charged with the loss of Sh213,327,300 by the Nairobi county government when he was governor.

EACC accused Kidero and co of conspiring to commit corruption by authorising payment to various companies for services not rendered.

Kidero says last week’s search was malicious as he was made a prisoner in his own home from 4am to noon.

“I was held hostage and falsely imprisoned at my home to about 12pm. Similar raids were made in my home in Kisumu and in my office at Westlands,” he says.

He protested that since he left politics after losing to Mike Sonko in the August 2017 polls, he has been threatened, harassed and intimidated by EACC in a clear abuse of power.