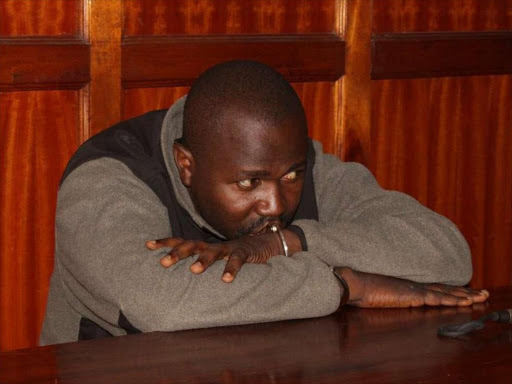 Migori Governor Obado’s PA Michael Oyamo has been remanded until October 8 for probe into his role in the murder of Sharon Otieno.

This is pending his bail hearing and further directions from Justice Jessie Lessit.

Oyamo, when he appeared before Lessit on Wednesday, pleaded not guilty to Sharon's murder.

The prosecution argued he lured Sharon from her parents’ home in Homa Bay to Rongo before she was abducted alongside Nation journalist Barrack Oduor.

In documents filed in court, the team accused Oyamo of making a false report at Uriri police station that he had been kidnapped.

The prosecution now wants him denied bond pending trial on grounds that "his character and conduct confirms he cannot be trusted".

Oyamo was the first suspect to be arrested in connection with the murder of the Rongo University student.