Obado to spend two more days in prison, court to rule on bail 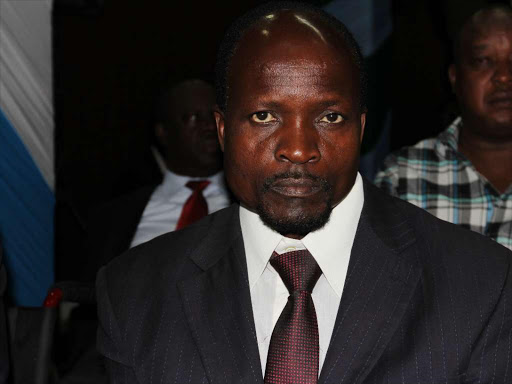 Migori governor Okoth Obado will spend two more nights in police cells when the court will make a ruling on his bail application.

Justice Jessie Lessit said she will make the ruling on Thursday at 2 pm.

This was after the

on bail in the murder case

said there is a high likelihood of Obado interfering with or intimidating prosecution witnesses if released on bail.

The prosecution said it had not completed investigations, adding that releasing the suspect on is not an absolute right.

But Obado's lawyer Cliff Ombeta said Article 49 is clear that any accused person brought to the court shall be entitled to bail.

"What material do you have here to deny our client bail... you are saying that the family of the deceased is threatened but there is no OB number that indicates they reported the matter," Ombeta said.

He said that as long as the accused pleads

then the presumption of innocence must take charge.

"His life must go on. We can't wait for the allegations

to go on. The prosecution has missed their target, public trial kills his spirit when he sees all this public glare," he said.

He said the court must appreciate the dignity

of the accused person, adding that escorting him to the courts every now and then makes him lose the dignity

"If this accused person was to come to court every day in handcuffs where is the dignity?" he asked.

"But when he comes from his house, has spoken with the family, showered and done his prayers, then dignity comes in."

Ombeta said for the prosecution to say they have a strong case, then they need strong evidence.

"When we are told that they

a strong case how is that evidence my lady?" he said.

the accused to court when they had not completed the investigations.

have not concluded? " he asked.

But the assistant DPP

Ombeta should not claim that the court does not appreciate

"If it was about dignity

then the poor people in custody do not deserve any dignity. It has been said that the prosecution has not provided evidence that the accused is a person of influence," he said.

"I suspect that the counsel was not serious about it because everybody knows the influence and stature of the accused."

Ondari said there are threats and intimidation to scare witnesses in the case.

"Such are considerations that the court must take into account when deciding to release the person on bond or not," he said.

"The urge of suspects to try and cover their trails is very critical if the accused is released on bail. We must understand the circumstances in which the deceased was killed."

Obado filed an application to be released on bail but Justice Lessit directed that the matter be heard on Tuesday afternoon.

His lawyers also requested for an early hearing date arguing that the governor was arrested on Friday.

But Ondari opposed the application and applied to have the governor remanded until Wednesday.

The embattled governor spent three 'humbling' nights at the Gigiri police cells following his arrest. There was no VIP treatment for him while in custody.

The governor spent another night in remand at the Industrial Area Prison pending the ruling of his bond application.

When he appeared before Justice