[VIDEO] Kidero picked up by EACC at his Muthaiga home 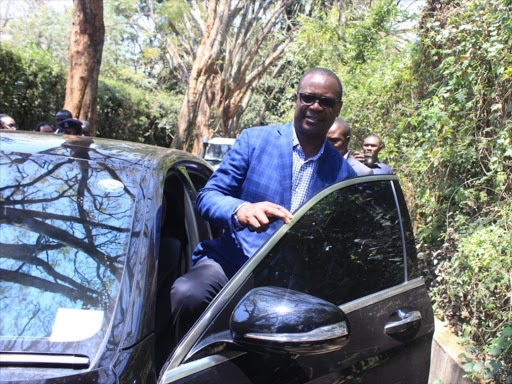 Former Nairobi governor Evans Kidero has been picked up by EACC officers for interrogation over a corruption case he is facing.

Kidero was picked at his Muthaiga home after detectives raided on Thursday morning.

He later left with the officers to

Addressing journalists outside his home, Kidero said the move by the EACC detectives was

pure harassment of his rights.

"We will not take this lying down.

They are looking for evidence to arrest me. This in relation to the crimes in court.

This is more than a month later," he said.

He was also accused of committing the offence of conspiracy leading to loss of public funds amounting to Sh213 million for services not rendered when he served as a governor.