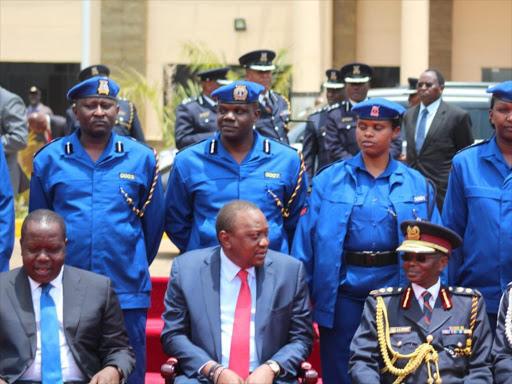 Activist Okiya Omtata has filed a case in court seeking to suspend the implementation of the police reforms announced by President Uhuru Kenyatta on Thursday.

Omtata argues that the President has no power under the Constitution to effect changes in the structure of National Police service.

"Only the Inspector General has such powers in accordance with the Constitution. Nobody can direct the IG on what to do," says Omtata.

He also claims that there was no consultation or public participation giving Kenyans opportunity to input their views in the proposals including on the change of uniforms and police houses.

About 300 senior officers will be retired as part of the major reforms in the structure, command, control and welfare of the National Police Service.

The President also asked the Treasury to aid in the additional funding for officers to effect the new housing with effect from December 1.