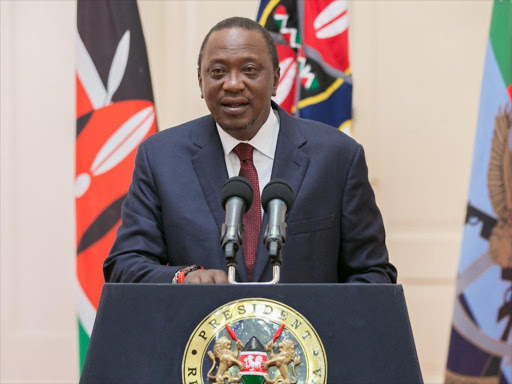 President Uhuru Kenyatta has rejected the Finance Bill, 2018 which would have seen the 16 per cent tax on petroleum products shelved until 2020.

He from National Assembly Speaker Justin Muturi on Thursday.

In a gazette notice, the speaker has since called MPs for special sittings next Tuesday and Thursday to discuss the development.

"The special sittings of the Assembly shall deal with the message of the president in respect of his reservations to the Finance Bill, 2018," the notice reads.

The 16% VAT on petroleum products was imposed on September 1, resulting into a sharp increase in fuel prices.

The introduction of the charge has seen fuel prices rise to Sh130 per litre for petrol and almost Sh100 for kerosene. The mid-month review by ERC is due on Friday.

The president is expected to address the nation on the VAT question on Friday.

President is set to address the Nation tomorrow following consultations on the VAT matter with the leadership of the National Assembly.

The decision sparked protests among Kenyans who have in various platforms reached out to the president to sign the Finance Bill, 2018 to cushion them from the high costs.

From the development, it is unlikely that the tax will be suspended for another two years as was anticipated following comments by .

The MPs will also get a notification on the Supplementary Estimates, 2018 and have a second reading, consideration in committee of the whole House and third reading of three other Bills.

MPs will also take the Health Laws (Amendment) Bill, 2018 through its second reading.

Parliament is expected to make reconsiderations to the Finance Bill, 2018, taking note of the President's reservations on the same.