Obado’s shadowy PA known by few but feared by many 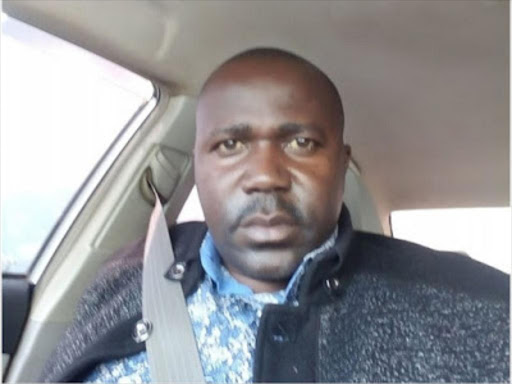 Before news of the murder of Rongo university student Sharon Otieno, few people had heard of Michael Oyamo, the personal assistant to Migori governor Okoth Obado.

The reserved former military man who trained in Afghanistan and had stints in South Sudan is feared by many within the governor's circle.

When news started filtering through of Sharon’s death and the abduction of Homa Bay based Nation journalist Barrack Oduro, most supporters of Obado dismissed any link to the county boss.

Oyamo was not the personal assistant that was widely known to many people in Migori. Caspal Obiero was the official PA who dealt with many issues on behalf of the county boss.

Although he worked for Obado since he took office in 2013, Oyamo remained in the shadows and only assumed a prominent role during last year's bruising and violent campaigns pitting the governor against his archrival Ochilo Ayacko.

Most people who chose to speak about the man, spoke in hushed tones and did not want to go on record discussing the man best known as Obado’s ‘Mr Fix It.”

Oyamo left the Navy in unclear circumstances after 2000 and his role in Obado's office was undefined. He appeared to take charge of security and sometimes "fixed' issues for Obado.

In most photos taken of the governor in public, Oyamo appears in the back rows. Simply put, Oyamo is

always around Obado and plays a silent but vital role away from the limelight.

“While Obado's PAs were known to dish out money in campaigns, facilitate and organize meetings for the boss, Oyamo never did. That was reserved to other unofficial PAs. That is why most of us doubted when he was arrested,” said a county official.

“After elections on August 2017, Oyamo who is reserved and hardly talks started introducing himself in public functions as the governor's Personal Assistant around December and early this year,” a board member said.

In most functions he spoke, Oyamo never left any mark as he lacked oratory skills. He never wore fancy clothes or associated with the opulence among many people around Obado.

A youth from Uriri constituency said Obado who hails from the larger Kanyamkago clan used Oyamo from the smaller Kamgudho clan to appease the voters in the area.

“The smaller clan he hails from never see him as a leader as he often keeps to himself and is not an orator. Actually, he lacks political interest in elective politics, but he has covered that with strong loyalty,” a neighbour said.

The governor’s aides said Oyamo had the ears of the county boss and it was hard to cross him as he played a pivotal role in Obado’s win against Ayacko in campaigns that were marred with violence, death and intimidation.

According to a statement by Otieno’s family and journalist Oduor, Oyamo led them into a car which was used in the crime. He was arrested in his Uriri home shortly after news broke and he is held in Homa Bay.