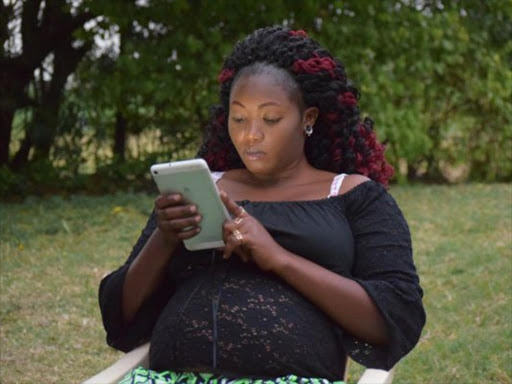 A team of homicide police investigating the murder of Rongo University student Sharon Otieno last night were contemplating taking DNA samples of her unborn baby when the postmortem is done.

Sharon had a seven months pregnancy when she was killed. Migori governor Okoth Obado has denied any involvement, but the investigators plan to take his blood samples as well, as they seek to confirm reports by Sharon’s family that he had a sexual relationship with their daughter.

“We are following all leads, including claims that Sharon could have been involved with Obado,” DCI officer Hassan Siyad said in a sworn affidavit.

Sharon’s mother Melida Otieno said on Wednesday that her daughter was in a relationship with Obado, She said the governor had sent money to facilitate her abortion.

Yesterday, police officers probing the case visited the site where the body was recovered and took statements from family members.

Obado’s personal assistant Michael Oyamo is said to have lured Sharon to her death. He will be detained by police until Monday next week. Police in Homa Bay secured a court order allowing them to detain him so he can help them with investigations.

Police said the matter was too complex and they could not complete the investigations within 24 hours after his arrest on Tuesday in Uriri, Migori.

Oyamo was arrested after being implicated in abduction of Nation journalist Barack Oduor and Sharon in Rongo town on Monday night.

Sharon was pursuing a diploma in medical records and information at Rongo University, Migori.

She was found dead near Kodera Forest in Homa Bay on Tuesday evening. Yesterday, Oyamo did not take a plea in court. He was accused of murdering or causing the murder of Sharon.

“I notify this court of the arrest and due to technicalities involved in the investigations, I pray to the court that he be detained at Homa Bay police station for 14 days to enable us to complete investigations,” Siyad told the

Homa Bay deputy registrar Lester Simiyu granted their request. However, she gave them until Monday to return him to court. On Monday, Oyamo can either be released or charged.

“I believe Oyamo and other suspects involved in the abduction and murder have intentions, which could be a threat to national security and public tranquillity,” Siyad said.

At the site where Sharon's body was found, there was blood concentrated at one point.

They also interrogated residents to get leads — their visit lasting for five hours. They proceeded to Rachuonyo South Subcounty Hospital mortuary in Oyugis town where Sharon’s body is. They scrutinised the body and had a 10-minute private meeting with staff. Journalists

were told to stay away.

A postmortem was postponed to today. Wachira said they were waiting for a pathologist to undertake the process.

“We’re expecting the government pathologist tomorrow [today] so that a postmortem can be done,” he said.

Meanwhile, police are still looking for other suspects.