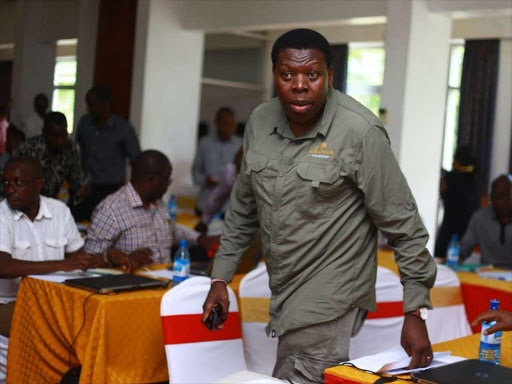 In Mombasa on Thursday, Wamalwa pointed out that corruption remains the biggest threat to devolved units.

“The national government alone cannot win the war on corruption. We must have county governments as partners to deal with the menace once and for all,” he said.

He spoke during a training of officials from counties that benefited from the Kenya Development Support Programme (KSDP) level II grant for investments.

Several high profile arrests have been made in the last few weeks in a heightened war on corruption.

The war followed instructions by President

Uhuru Kenyatta who has said he will not relent even if he loses friends.

Only a few county level arrests have taken place but

DPP Noordin Haji has promised Kenyans that 'big fish' will be prosecuted.

The minister warned against plundering of the Sh20 billion to be given to best-performing counties through the Kenya Devolution Support Programme.

said that out of the total amount, Sh16 billion will go to capacity building and investment projects.

Wamalwa said that projects under the KDSP must be in line the Big Four agenda - on food security, affordable housing, manufacturing and universal healthcare - and the County Integrated Development Plan.

“The proposals should be approved by NEMA and other relevant authorities,” he said, and

warned of dire consequences for officials whose projects will end up on riparian land.

“County governments should consult with County Land Management Boards and the National Land Commission before commencement of the capital projects [to prevent contests]."

The government is currently demolishing buildings that were constructed illegally or on riverbeds.

Wamalwa added that grievance redress mechanisms should be set and that

must be supervised and documented on time.

“Reporting on the use of grants is a trigger to future disbursement and therefore should be done quarterly without fail,” he said.