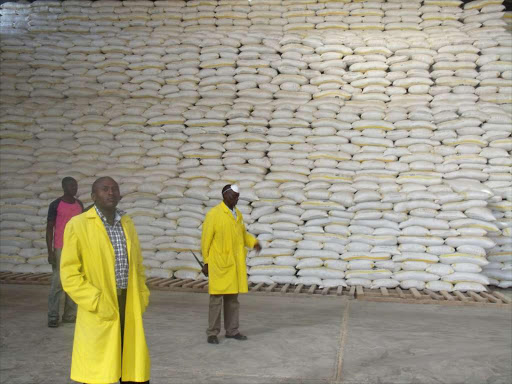 A Senate ad-hoc committee has recommended a two-month investigation on the maize crisis in Kenya.

Chairperson Margret Kamal said they will investigate the Sh1.9 billion scandal at the National Cereals and Produce Board. Management and distribution of seeds and fertiliser will also be probed.

Produce Board," she said while briefing the media at Parliament buildings on Wednesday.

She said the committee

of grain reserves [and seed and fertiliser

The rot at the National Cereals and Produce Board was laid bare, exposing how well-connected cartels are minting billions at the expense of farmers.

Just days after Agriculture Cabinet Secretary Mwangi Kiunjuri kicked off a grand house cleaning at the NCPB, an internal ministry report smoked out 18 unscrupulous traders suspected to have links with powerful people.

The traders masquerading as farmers were vetted and rejected, rekindling memories of the maize scandal that rocked the country in 2010.

The report says, for instance, Celestine Chepchirchir — not a registered farmer — delivered 226,108 bags of 50kgs to Eldoret and was paid Sh333 million.

Producing 226, 108 bags is a nearly impossible for one farmer because it requires almost 11,305 acres, nearly twice the size of some constituencies.