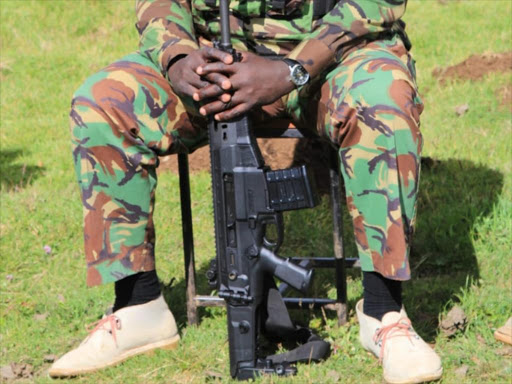 The Sengwer community has expressed fears its members are being unfairly targeted in a state operation to smoke out bandits suspected to be hiding in Embobut forest.

At least 300 police officers have been deployed at the Marakwet-West Pokot border in a security operation flush out the armed bandits.

They included offers from the Anti-Stock Theft, Administration, Regular and General Service units.

The Sengwer, through their secretary Elias Kimaiyo, said its members might be smoked out or arrested together with the targetted bandits.

"How will security agencies carrying the operation differentiate between an innocent Sengwer member and bandits?" Kimaiyo asked on Friday.

He continued: "We support an operation to smoke out bandits but our fear is that security agencies may harm innocent communities living inside the forest."

Police sources said on Thursday that the cops have orders to arrest armed bandits and recover stolen livestock in forested areas of the border.

Four people have been killed and over 500 heads of livestock stolen in three weeks of renewed cattle rustling in the area.

The administrators reported, in a joint statement, that 108 cows and 496 sheep have been stolen by bandits believed to be hiding in Embobut forest.

It is suspected that bandits steal livestock from local farmers and hide the animals deep inside the forest to avoid hot pursuit by security agencies.

"Members from the two communities living on the border have lost livestock. We have conducted an aerial mapping of the forest and we know where the notorious bandits are hiding," Okello said.

The West Pokot county commissioner added: "Security agencies will not rest until all cattle rustlers are smoked out of the forest."

Okello said the operation will be carried out in Kamelei, Tabach, Kipsitona and Kamalogon areas of the border.

Elgeyo Marakwet Governor Alex Tolgos has backed the operation saying the move will restore peace along the Marakwet and Pokot highlands.

"It is regrettable that the value of life in this part of the world is under threat. Many lives have been lost as a result of livestock theft. I urge political leaders to back this operation."