KWS on the verge of collapse, audit firm PwC says in new report 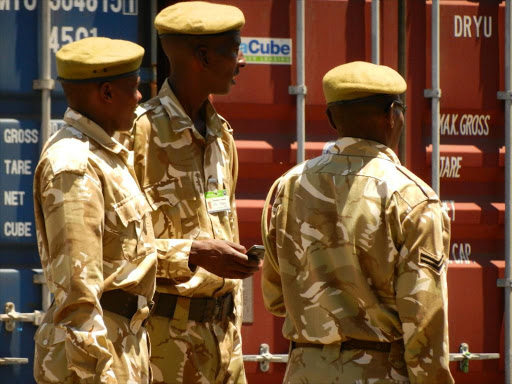 Mismanagement at Kenya Wildlife Service has been laid bare by an explosive audit report that puts the outgoing board on the spot.

PriceWaterhouseCoopers said this in its April 2018 report in an audit sanctioned by the USAID.

The audit firm, in its assessment of the agency's business for the last three years, says KWS faces operational and management paralysis.

The report indicts Richard Leakey, who was the board chair at the time of the audit, for making decisions that were contrary to the State Corporation code and Wildlife Act.

This was in reference to the board chair's creation of the chief operating officer and advisor.

"Such action interferes with the management, is intrusive and undermines the authority of the Director General and senior management."

"It also causes confusion, anxiety, and frustration and amounts to a direct violation of the Act and public service regulations," the report said.

PwC further states that the chair's involvement in KWS' day-to-day operations had weakened the effectiveness of the director general.

This interference by the chair, PwC adds, compromised the independence of the board to provide effective oversight over the management.

When contacted for comment, Leakey said he couldn't speak on the report as he was unaware of its content.

The audit further found out there were inefficient accounting systems that exposed the organisation to fraud, misuse, and misappropriation.

The Auditor General report for the year ending June 2016 declared the KWS insolvent with a Sh5.8 billion deficit.

The report also showed that the service had not remitted Sh1.45 billion as staff contribution to NSSF.

"This means that the continued sustainability of KWS is dependent on regular government support, development partners and creditors," PWC report states.

"Due to financial challenges, the board, without seeking necessary statutory approvals from Treasury, had diverted endowment funds and compensation for land hived off from National parks for construction of SGR and southern bypass to meet operational obligations."

"If the above situation is not addressed urgently, suppliers may withdraw their support which could lead to the shutdown of KWS operation," the report on the organisational risk assessment of KWS adds.

The report points liquidity challenges at the service blaming it on ineffective cash flow management practices.

At the time of the assessment, KWS had 1,338 temporary staff out of the agency's 4,915 workers. Some of them have been engaged for more than ten years.

The report reveals that there are 316 workers in an acting position for the last four years, 71 of them in senior management positions.

"This, coupled up with the interference of management by the board chair, further impairs the effectiveness of KWS," the report states.

The report also reports that there is low staff morale across all KWS staff cadres which has resulted in high attrition.