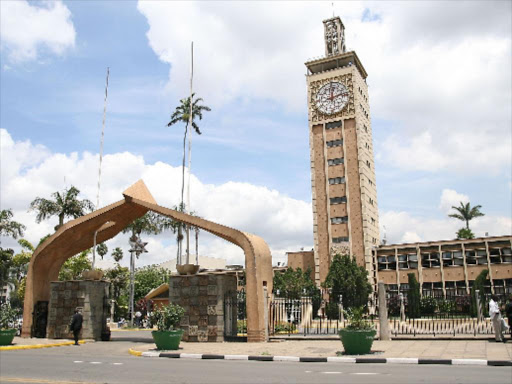 "The MPs began shouting after Minority leader John Mbadi said he supported the proposal by the president in his reservations to the Finance Bill, 2018."

Speaker Justin Muturi has summoned two People Daily reporters over an article they wrote depicting Parliament as a bribery den.

The speaker directed that the reporters appear before the Powers and Privileges Committee on Thursday at 10am.

The article titled "House of Bribes" was published on the paper's front page in the Monday July 30 edition.

It was written by parliamentary reporters Dinah Ondari and Anthony Mwangi.

Muturi said the move was not aimed at gagging the media but to give the reporters an opportunity to shed light on what they might be knowing about the alleged bribery claims.

"Maybe they have some information which will be useful to make sure that we do the right thing," Muturi said.

He directed that the meeting be chaired by Mukurweini MP Anthony Kiai who will be assisted by West Mugirango MP Vincent Mugaka.

The reporters, citing independent undercover investigations, interviews with MPs and investigative agencies, claimed that Sh500 million has exchanged hands in questionable dealings between the MPs and various parties under probe by the 12th Parliament.

They claimed the hand-outs were received by members of watchdog committees from witnesses to subvert justice in matters before them.

On this, Muturi said: "The journalists must be heard, given a fair chance to explain what it is that perhaps led them to the conclusion that Parliament in its entirety is a bribery den and that parliamentarians are predators."

The speaker said it would not be fair to dismiss the article without hearing what the reporters have to say as the allegations could be having some basis.

"Please give them a fair hearing it may well be that they could help us in our efforts to streamline the operations of ourselves and of our committees," Muturi said, adding that it is the writers' constitutional right to be heard.

"But also, they must answer all questions which will help you as a committee to bring a report to the floor of the house on the alleged corruption."

Muturi cautioned that if the report finds any evidence of criminality on either side, the law will take its course.

"Should the committee find material that would require to be taken to the relevant specialised investigatory agencies, the committee will be at liberty to make that kind of recommendation," the House leader said.

He said as a watchdog, the Media has a right to investigate and report on any rot within the House.

Muturi is on record castigating parliamentary committees for either producing substandard reports or delaying finalising their work as a result of questionable interaction between members and witnesses summoned to give evidence.

"This was enough signal that there are questionable dealings between committee members and their witnesses, which office of the speaker ought to have investigated and action taken," Oduor said.

He said the summoned journalists are under no obligation to reveal sources of their story.

Oduor asked the Speaker to work with journalist to protect the integrity of the House.

On July 4, MPs led by Majority leader Aden Duale and his minority counterpart John Mbadi castigated MPs for what they said they had turned committees into cash cows.

They said some MPs who are not committee members attend grilling sessions as friends of the committees on a rent-seeking mission to draw allowances and defend suspects.

"How do you go to a committee and become so emotional that you defend a CS as if you work for his or her docket? We have allowed money to change hands so that we can defend these CSs," Mbadi said.

He said the handouts have cheapened MPs' oversight role to the extent that they hug people accused of murder.

Muturi warned of consequences, including

removal from the committees, if the lawmakers are found guilty of bribery

Post a comment
WATCH: The latest videos from the Star
by EMMANUEL WANJALA @ItsWanjala
News
31 July 2018 - 15:00
Read The E-Paper