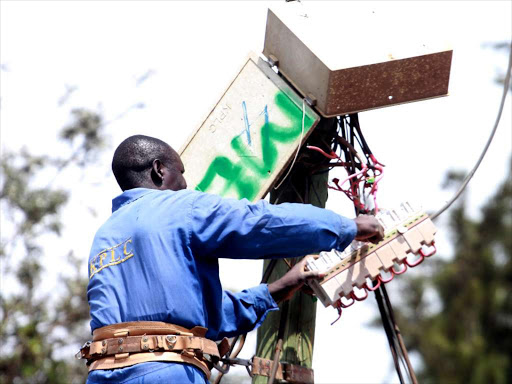 Kenyans will enjoy cheaper electricity starting next month thanks to a tariff review that has cut costs by up to 82 percent.

While unveiling the new power tariff in Nairobi on Monday, Energy Regulatory Commission Director General Pavel Oimeke said the government has scrapped a monthly fixed charge of Sh150 for low cost consumers whose number is an estimated 3.6 million.

''The Domestic Consumer Lifeline Tariff, which is meant to cushion low income households whose consumption does not exceed 10 units per billing period, will reduce by between 36 to 82 percent,' Oimeke said.

Commercial and industrial customers will get a reduction of 4.4 percent

on average. This is in addition to the 50 percent discount in the time of use tariffs.

ERC announced the simpler billing system earlier in July, during a public hearing on the harmonisation of retail tariffs.

Under the new system, they will pay Sh180 where a unit of power costs Sh12. This is in addition to the additional tax imposed.

Kenyans whose energy limit ranges between 16-50 Kwh per month will cough up more money to the power distributor.

Under the Domestic Ordinary tariff, a consumer using 50 units per month will be charged Sh16.50 per unit as compared to the previous tariff cost of Sh2.50 per unit plus the Sh150.