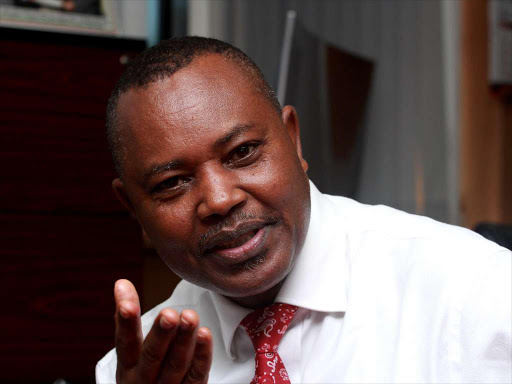 Women, children and the youth are the most susceptible to human trafficking, Directorate of Criminal Investigations director George Kinoti said yesterday.
He spoke during World Day against Trafficking in Persons in Gigiri.

Read:
Kinoti said Kenya has been mapped as a source, destination and transit for trafficking. He said mechanisms, including having specialist officers trained in high-level intelligence, have been put in place to help fight the vice. This, he said, has led to the arrest of perpetrators and rescue of victims.
“Human trafficking is an earmarked crime in this republic. Fighting it requires regional and global cooperation as well as good cooperation with neighbours,” Kinoti said.

Read:
He said the syndicate is strong and the country needs to come up with policies to effectively fight it.
This year alone, Kinoti said, they have rescued 148 victims, the recent incident being the rescue of 21 Lebanese girls in Westlands. Out of this number five were children, he said. “Some are trafficked against their will while others are due to social vulnerability in their countries. They pay and facilitate their movement because they have been promised a good life but as they get there they end up as slaves, suffer and regret,” Kinoti said.
Amado Philip de Andrés, the United Nations Office on Drugs and Crime regional representative, said human trafficking and smuggling of persons is one of the biggest global challenge affecting the lives of millions of people and driving billions of dollars to criminal organisations.
“While the best known form of human trafficking is for sexual exploitation, millions of women, men and children are trafficked for the purpose of forced labour, domestic servitude, child begging or removal of their organs. We have a looming epidemic,” Andrés said.
He said globally, 27 million people are said to be in modern-day slavery, while 800,000 people are trafficked across international borders annually. About one million children are exploited by the commercial sex industry annually.