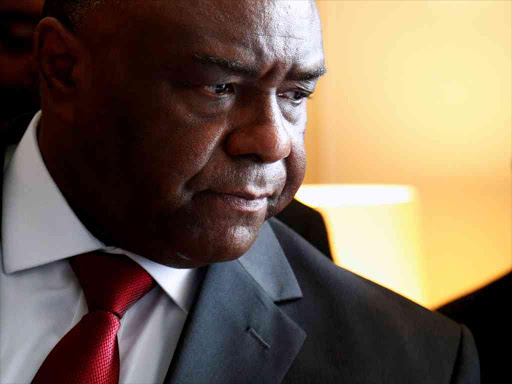 The possible return of Jean-Pierre Bemba has shocked many in the Democratic Republic of the Congo. With , he has reemerged to challenge President Joseph Kabila’s political order. And despite , Bemba has a popular following.

More than two years ago Bemba was by the International Criminal Court. He was found guilty of war crimes and crimes against humanity and was sentenced to . But in June this year his . He may therefore be out of jail sooner than originally thought.

Bemba was also convicted of witness tampering and/or bribing witnesses. This .

Bemba’s schedule, including his return to the DRC, has not been confirmed. But many suspect he will . His party, the Movement for the Liberation of the Congo (MLC), has only weeks after his conviction was quashed. He has been in touch with his supporters whom he spoke to on telephone recently to thank them. He .

Central Africa and the international community will have to pay close attention to Bemba’s plans despite the fact that he has been away from the Congolese political scene for a number of years. His possible entry into the fray has thrown an already uncertain situation into further disarray. For one, it’s unclear who he would run against. If Kabila insists on standing again – which constitutionally he’s not allowed to do – the DRC faces another period of increasing uncertainty, and almost inevitably more violence.

Although Bemba will be welcomed home by some, his and he has many enemies.

Born in 1962 in what is now Nord-Ubangi, in north-western Congo, Bemba was the son of a successful businessman, Jeannot Bemba Saolona. In the 1990s, Joseph Mobutu when the latter was in his 30s.

In 1998, when the Democratic Republic of Congo was in the grip of the Second Congo War, Bemba began the Movement for the Liberation of the Congo (MLC) . The Second Congo War had begun after Laurent Kabila dismissed the Rwandan handlers who had guided him to power during the First Congo War. Rwanda then launched an invasion of the Congo. Other nations joined in to support either side.

The MLC tried to protect communities which it felt were sympathetic to its cause during the fighting. By repelling the invading Rwandan-backed forces it gained control of much of the northwestern parts of the Congo. In his defence at the ICC, Bemba claimed to have as the war raged. Yet in fact, the MLC was known for its ethnic cleansing of the Twa (“Pygmy”) peoples during this conflict.

The MLC also operated beyond the DRC’s borders. It was invited into the Central African Republic by then President, Ange-Félix Patassé, to . Human rights advocates suspected Bemba and his party of committing human rights violations during his time in the CAR. Nothing resulted from these suspicions at the time.

Once the peace process in the DRC began following the signing of the Second Sun City deal that was struck in April 2002, Bemba became .

He served as one of four vice presidents under Kabila who came to power in 2003 in an arrangement that was dubbed ‘1 + 4’. It was an uneasy arrangement, however, because elections were due in 2006 and both Bemba and Kabila wanted to be president.

Bemba and Kabila fought a bitter campaign against one another. Bemba’s slogan, “,” was widely interpreted to be a slight on his opponent’s heritage because, although Kabila was born in the Congo, rumours abounded that he was in fact from Tanzania. That notwithstanding, by the end of October 2006 Kabila had won the second round run-off.

During the election there was between Bemba’s troops and those loyal to Kabila. A number of soldiers and civilians .

In 2007, to the South African embassy in Kinshasa before leaving for Portugal on the pretext of seeking medical treatment there. In fact he was . In his absence, the state came down hard on MLC activists.

Having been exonerated from most of his convictions, Bemba now joins only a handful of candidates who have declared their intention to stand. They include, first, Felix Tshisekedi, the son of the late opposition politician Etienne Tshisekedi, and leader of the Union for Democracy and Social Progress.

The second candidate of note is Moise Katumbe, the former governor of Katanga and leader of a political alliance called ‘Ensemble pour le Changement’ (‘Together for Change’). Katumbe has declared his intention to run but he is unlikely to be on the ballot because of a he has been ordered to serve for illegally selling a property. He is currently in a period of as he awaits the elections.

The deadline for candidates to is 8 August. Many candidates are likely to wait until the last minute to declare, when they are sure they stand a good chance.

It remains to be seen whether Bemba will face off against his old nemesis, Kabila. The image Kabila’s party is pushing is that despite being from doing so.

Given Kabila’s potential candidacy, and Bemba’s entrance onto the Congolese political scene, election related violence could further intensify in the DRC.