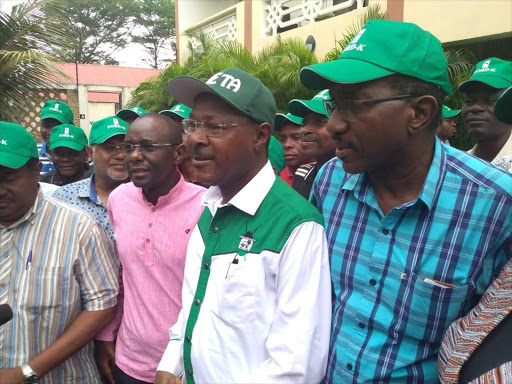 The war against corruption should be extended to the Immigration department, West Mugirango MP Vincent Kemosi has said.

Kemosi said the department has inexplicably given work permits to Chinese nationals for SGR jobs that can aptly be done by Kenyans.

The MP said there are over 5,000 Chinese workers at the SGR including cooks, welders, cleaners and such odd jobs.

"This issue must be sorted forthwith," said the MP.

"We support the fight against corruption by President Uhuru but the fight should not be selective," he said.

His sentiments come amid hue and cry from Kenyans following an expose on the mistreatment of Kenyan workers at the hands of the Chinese managing the SGR.

The Government, however, denied claims of racial discrimination against Kenyans by the Chinese.

Kiraithe accused unnamed persons of ganging up against the SGR project saying workers who collude with the “unfriendly forces” will be dismissed.

He said more Kenyans will take up prominent roles in the running of the 609km-long railway infrastructure in 2022 with the ultimate handover from China Road and Bridge Corporation (CRBC) by 2027.