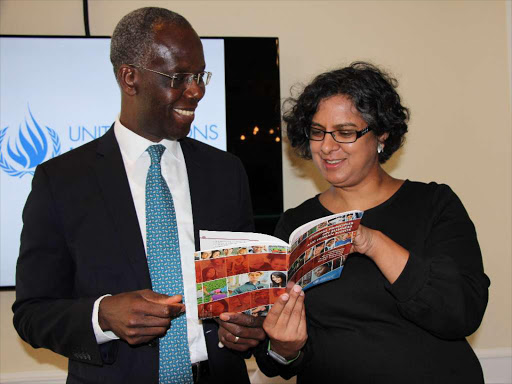 A UN human rights group has raised concern over the inappropriate compensation of Solai Dam victims.

Anita Ramasastry, chairperson of the United Nations expert group on business and human rights, yesterday criticised irregular pay of victims of the May 9 tragedy.

Ramasastry yesterday said the compensation was not done properly.

The Senate committee on the Solai tragedy visited the survivors on July 6. The team led by chairman Mutula Kilonzo Jnr (Makueni) was told of how affected business owners received Sh1 million while those who lost relatives were given Sh100,000.

Ramasastry said, “A small group of people were asked to sign waivers and received compensation in a way that seemed inappropriate.”

Ramasastry spoke in Nairobi while presenting findings on the impact of business operations on human rights.

The group was on a 10-day visit and met with representatives from the national and county governments, business and civil society.

They also met communities from Turkana, Nakuru, Kiambu and Mombasa. The group will recommend action to the government to prevent business-related human rights abuse.

Meanwhile, Ramasastry said the group is appalled by the harsh working conditions of plantation workers often paid below the minimum wage. Michael Addo, a member of the expert group, said, “In all these instances, it is the poorest and most vulnerable members of society who are most affected.”

Ramasastry urged the authorities to turn ideals set out in the Constitution into action that ensure businesses respect human rights.

The experts urged the government to register community land and clarify land rights.