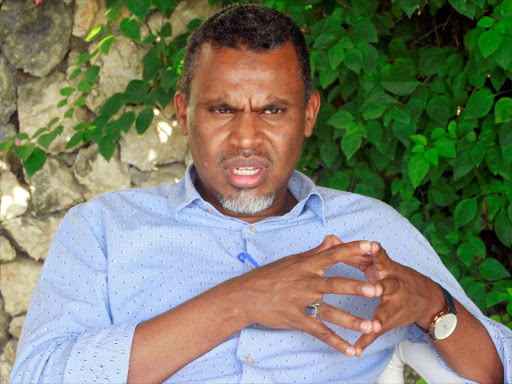 Corrupt judges are hampering an anti-graft drive in

Kenyatta's attempt to restore public trust in the government, national security and the economy, the DPP has said.

Every year, corruption in East Africa's biggest economy drains billions of dollars from the state in rackets involving government officials and businesspeople - known as "tenderpreneurs" for their success in winning public contracts.

Uhuru promised to stop the rot when he came to power in 2013 but critics say he has been slow to go after top officials and there have been no high-profile convictions since then.

New Chief Public Prosecutor Noordin Haji, a former deputy head of national intelligence, is trying to change that, and this week charged a sitting county Governor for the first time with corruption.

Similarly, in May authorities charged more than 50 people, most of them civil servants, in relation to the theft of nearly $100 million of public funds from the National Youth Service, a government agency. Pre-trial hearings are underway in the case.

Haji, who took over in March, said shortcomings in the judicial system, including bribable judges and prosecutors, could undermine even the strongest of cases.

"If you have judicial officers who have been compromised and they rule against you, the argument will be the case was weak," he told Reuters, noting that one of his own prosecutors was arrested a month ago on bribery allegations. "We cannot bury our heads in the sand," he said.

A spokeswoman for the judiciary did not immediately respond on Friday afternoon to a request for comment on Haji's allegations. Uhuru's spokesman was not available for comment.

A shortage of staff and poor pay is another problem.

has only 500 public prosecutors in a nation of 45 million people, and a junior prosecutor takes home just $600 per month, Haji said, compared with members of parliament who can earn as much as $10,000.

"I only have a handful of lawyers who can prosecute corruption cases," he said.

After 19 years in the intelligence services, Haji said he had seen first hand how graft compromised

Kenya's security, with, for example, militants from neighbouring Somalia crossing the border on passports obtained through bribes.

This week, after an illegally constructed dam on a flower farm burst, killing nearly 50 people.

had laws to prevent such disasters, Haji said, "But because of corruption it was all ignored."