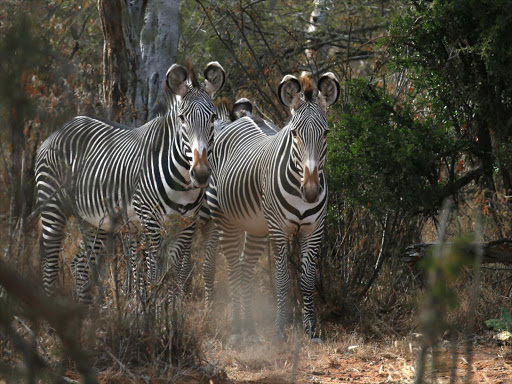 “The largest increases were registered in Marsabit and Isiolo counties,” Laikipia-based Mpala Research Centre said in a statement.

Laikipia, Samburu and Meru have the largest populations of the Grevy’s but those counties have had no significant change in population since 2016.

The Grevy’s are mostly found in northern Kenya and are distinguishable from the plain zebra species, mostly due to their round ears and shorter stripes.

In January 2016, hundreds of photographers participated in the first Great Grevy’s Rally to determine the population and survival of the species.

The census was repeated in January 2018 at an even larger scale, and included an additional species (the Reticulated Giraffe).

The exercise involved hundreds of citizen scientists and schoolchildren from across the country, who took thousands of digital photos of the animals. The photos were then processed by a computer programme to determine the exact number of animals sighted.

Mpala said individual zebras that were missed in the 2016 were captured in 2018. In effect, almost 300 new individuals were found in 2018. There have been many births since 2016.

In the 1970s, Grevy’s roamed widely in the semi arid habitats throughout the horn of Africa.

In Kenya alone, there were over 15,000, according to scientists.

This year, the reticulated giraffe, recently listed as threatened by the International Union for Conservation of Nature, were included in the census for the first time.

Their population was estimated at 2,309 in the regions surveyed, a representation of only part of their range in Kenya.