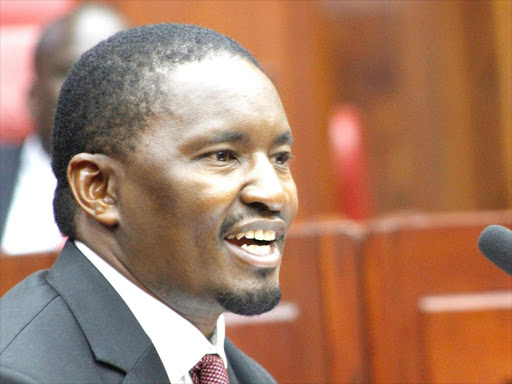 The acute drought that faced the country in the late 2016 and 2017 led to reduced production of essential foodstuff, leading to importation of sugar, Agriculture CS Mwangi Kiunjuri has said.

Speaking while he appeared before the Parliament's Trade and Agriculture committee, Kiunjuri said the government had declared drought a national disaster hence the importation.

The CS told the committee that President Uhuru Kenyatta issued an executive order to allow duty-free imports of maize, sugar and powdered milk.

National Treasury CS Henry Rotich responded to the order and issued the first gazette notice on May 12.

The notice allowed importers to bring in duty-free sugar till August 31, 2017

He said that this was against a monthly demand of 60,000 metric tonnes.

The government was supposed to import from COMESA countries but they too had a deficit opening the importation to world producers.