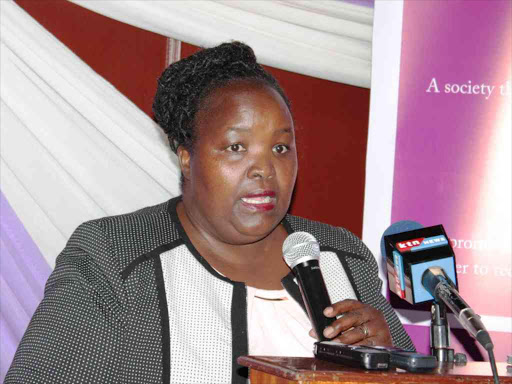 Fida has warned that the removal of criminal sanctions on perpetrators of FGM will water down gains in eradicating the practice.

Chairperson Josephine Mongare noted on Monday that the civil society and the government have achieved a lot in ending female genital mutilation.

Tatu Kamau, who wants the practice legalised, is jeopardising the gains.

Kamau has filed a petition at the High Court in Machakos, also wants the Anti-FGM Board disbanded. She argues that the law that criminalises FGM

is against the cultures of many communities so it should be repealed.

Kamau also says that the practice was part of African cultures before colonisation and the Western culture.

But Mongare noted that the practice is harmful to women and has caused many deaths.

"If we let her win this case, we are going to see more girls leaving school, getting married and having their lives ruined," she told a media forum in Nairobi.

The chair said Fida will push for a gender balanced bench to ensure fairness.

Mongare, however, said that legalising FGM will see more women compelled to undergo the cut to fit into societies.

"What do you think will make a 45-year-old woman agree to FGM? It will definitely be because she wants to be accepted and assimilated into the family she is married to. That will not necessarily be about her choices but about external coercion," she said.

"FGM is a serious violation that has serious physical and psychological consequences which adversely affect their health. It is also a reflection of discrimination against women and girls."

Jaldesa also spoke against the perception that operations at hospitals reduce the negative consequences.

"People believe that FGM is safe if done by a health professional but there is no formal training on it and many have died after undergoing it under medics. There is increased awareness on the law and people are trying to get away with this," he pointed out.

Fida Executive Director Theresa Omondi urged politicians and the media to join the civil society in guarding achievements in the war on FGM.

Omondi said this will ensure more girls go to school and fully participate in economic activities.