600 trucks forced out of road by SGR cargo 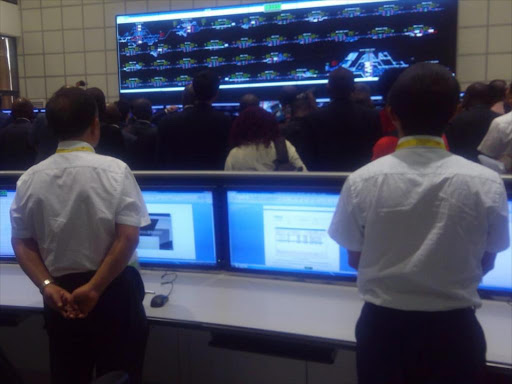 Standard Gauge Railway cargo train has forced 600 trucks out fo the road since its launch in January, data from the Ministry of transport reveals.

The data released on Monday by Transport CS James Macharia further states that over 30,000 containers have been moved by the SGR in the six months it has been in operation.

The cargo train was launched in January this year and has six trains operating between Mombasa and Nairobi each day.

According to Macharia, the number of trucks removed from the roads is expected to go up to 1,600 in November when 11 cargo trains will be fully operational.

According to Macharia, the trucks will be diverted to other routes to avoid job losses.

"These people with trucks we won't say they are disadvantaged because we are developing other routes like the Isiolo corridor heading Ethiopia," Macharia said.

The data further shows that 1.4 million passengers have been moved through the madaraka express passengers service.