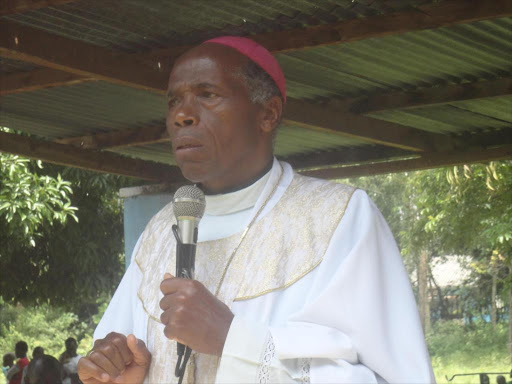 King’oo who was in the

Catholic Diocese of Bungoma was transferred in new changes announced by the pope on June 22.

Being the Chairman of the National Family Life at

the Kenya Conference of Catholic Bishops, King'oo has served in Bungoma

He was appointed Bishop of Bungoma on

Martin Kivuva was elevated to Archbishop of Mombasa

Since then the Diocese has been shepherded by Nyeri

Archbishop Anthony Muheria who is has been the Apostolic

With the transfer of Bishop King’oo, four dioceses and

include; Catholic Diocese of Kitui,

Francis said he will be making several significant changes in the Vatican in the next few weeks and months to bring in fresh faces with new ideas and promote others as part of his push for reform.

disclosed his decisions in a rare sit-down interview with Reuters at his residence, during which he also spoke of migration, China, freedom of the press, sexual abuse and the role of women in the Church.

said he had decided that the Office of Papal Charities, otherwise known as the pope's almoner, will henceforth be headed by a cardinal, the highest position in the Church after the