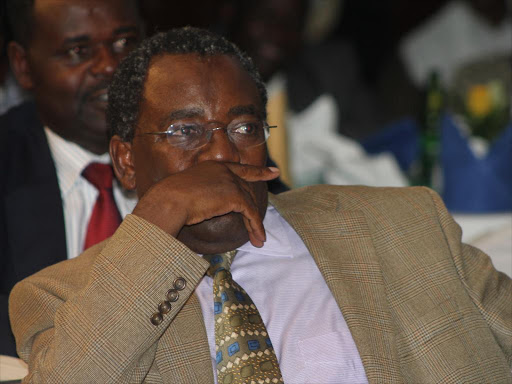 James Kombo confirmed this on Monday, saying he had taken over in acting capacity.

"This is to inform the university community that the council has terminated the services of ... Wachira. Wachira is in the process of handing over and clearing from the university."

Wachira's reign at the university has been dogged by controversies since last year, with mismanagement raising many accusations against him.

On December 18 last year, he was sent on a sabbatical leave and Kombo asked to take over after the university's closure.

At that time, the institution's senate called for investigations on issues raised by the student council and directed that the reported be handed in on February 15. Students have accused Daystar of being secretive about the contents of the report.

They also complained about poor meals, facilities and financial mismanagement, adding that tuition

had increased without proper notification.

On April 12, the university's Athi River and Nairobi campuses were yet again closed indefinitely after days of student unrest.

They demanded that the university council publish the contents of the audit report on financial management.

On the night of April 11, police stormed a meeting on the seventh floor of the DAC Building at the university’s Valley Road campus and threw tear gas canisters at students who had converged there.

Kombo said then that the council was committed to getting to the bottom of the issues the learners raised and that the report would be made public.