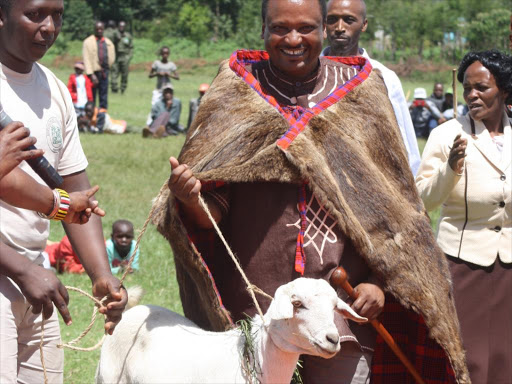 Kenya's Ogiek people are optimistic of returning to their ancestral forests as the government has pledged to honour a landmark ruling ordering reparations for forced evictions, in a judgement that could impact others with similar land claims.

Evictions have ceased and the Ogiek are rehabilitating parts of the Rift Valley's Mau Forest one year after Africa's highest human rights court told Kenya to compensate the forest-dwellers for violating their land rights, an Ogiek campaigner said.

"They have hope they will get back their land."

The Tanzania-based African Court on Human and Peoples' Rights ruled last May that Kenya violated the Ogieks' land rights by evicting them from the Mau Forest - Kenya's largest water catchment area - in the Rift Valley.

A government taskforce, set up in November, will give its recommendations in June on how to implement the ruling, Korir Sing'oei, a member of the 17-strong body and a legal advisor to the deputy president's office, said on Thursday.

The Ogiek could be restored to their original land or given alternative sites, the government said when it appointed the taskforce last year.

"Everything we are looking at now has to do with restitution of land and other forms of remedies," Sing'oei said.

"I don't think, at this point in time, there is any talk around financial compensation."

Environmentalists have long campaigned for better protection of the Mau Forest as Kenya has been hard hit by unlawful settlement, logging and charcoal production in its indigenous forests, all of which are government-owned.

Indigenous communities argue that the best way to protect forests is to give them ownership of the land on condition that they conserve it.

"Mau is a very fragile ecosystem of huge environmental and ecological significance to the country," said Sing'oei, adding that restoration of the forest to the Ogiek would require it to be converted from government to community or private land.

"Determining the beneficiaries is a huge project ... There are many people who present themselves as Ogiek, and they are not, or there are some people who are Ogiek and are not included."

The case has nationwide implications, he said.

"This is a forest community and so this decision has a precedence value vis-a-vis other communities that are similarly situated," he said.

"There is no magic bullet to this implementation. It's going to be a fairly lengthy process."

Post a comment
WATCH: The latest videos from the Star
by THOMSON REUTERS FOUNDATION
News
01 June 2018 - 09:00
Read The E-Paper