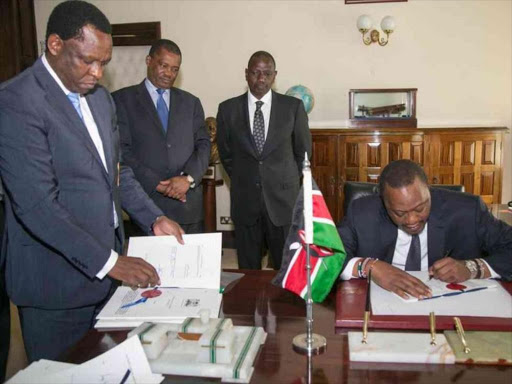 suspended enforcement of the new cyberbullying law which would have seen social media users jailed for 20 years.

The temporary order seen as win for freedom of expression suspended 25 sections of the new law which was meant to come to force on May 30.

law curtails freedom of expression and muzzles its members.

BAKE in its suit papers says that the state in coming up with the new law is attempting to bring back laws which were previously declared unconstitutional through the back door with sole intent of punishing free expression.

In the past state used criminal libel to punish journalist but it was declared unconstitutional and nullified in February 2017.

The association and its members took issue with 25 sections of the new law which it now wants nullified.

In the interim, the court has been asked to at least suspend the coming into force of the 25 sections of the cyberbullying law pending the hearing and determination of the case.

BAKE says that there are a total of 51 million internet users in the country who stand a risk of being prosecuted if the law in question is allowed to stand due to the vagueness of the provisions and offences it creates.

The new law introduces offences such as publication of false information, cyber harassment, unauthorized interference and interception among others. These offences, BAKE says, are phrased so vaguely that it is impossible to tell the conduct targeted by the law.

According to the association, the law if allowed to stand will also affect investigative journalism and any efforts to shed light on government controversies and scandals which can easily be labelled as a publication of false information.

Under the law, one who is found guilty of harassing others or stalking them on social media platforms will be jailed for 10 years or even fined up to Sh20 million or both.

In its suit papers, the association notes that since 2016 a total of sixty bloggers have been arrested for exercising their freedom of expression.

The association notes that internet and social media has become an effective platform for online activism and forum for the fight for social justice especially in the wake of 2017 general election.

In fact, the online platform has become so useful such that some even earn income and if allowed the new law will deny this category of people right to participate in economic opportunities.

It is further argued that the belief of opinion, the right of expression are among the key pillars of the nation's democracy which should not be limited in an incautious manner.

The case will be heard on July 18.